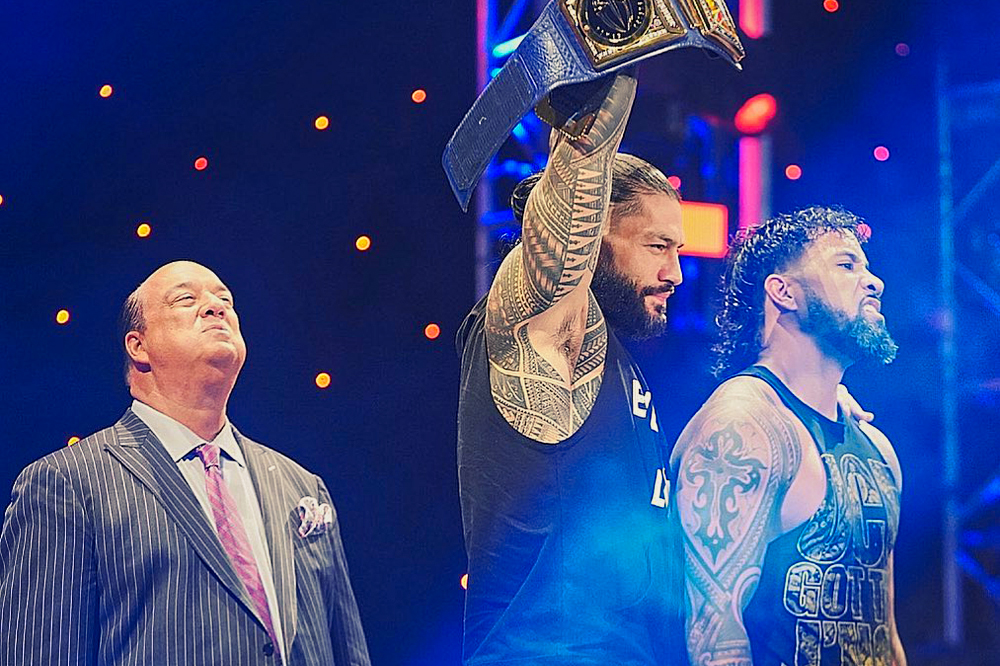 Jey Uso was sent on a mission by his cousin, WWE Universal Heavyweight Champion Roman Reigns. After KO offended Uso, Roman demanded the family honor be upheld. Paul Heyman pulled some strings, and a match was made.

After it was determined by Universal Champion Roman Reigns that Kevin Owens had disrespected Jey Uso — and by extension, the entire family — The Big Dog ordered his cousin to handle the situation in a one-on-one matchup against KO.

When Roman didn’t like what he was seeing in the match, he sent Paul Heyman out to ringside. Heyman’s presence definitely promoted Uso to increase his aggression. Then, when Roman’s music suddenly blasted through the WWE ThunderDome, Uso took the opportunity to strike Owens with a nefarious low blow before sealing the win with the Uso Splash off the top rope.

As SmackDown went off the air, Roman emerged to put his arm on his cousin’s shoulder and raise his Universal Title high in the air.