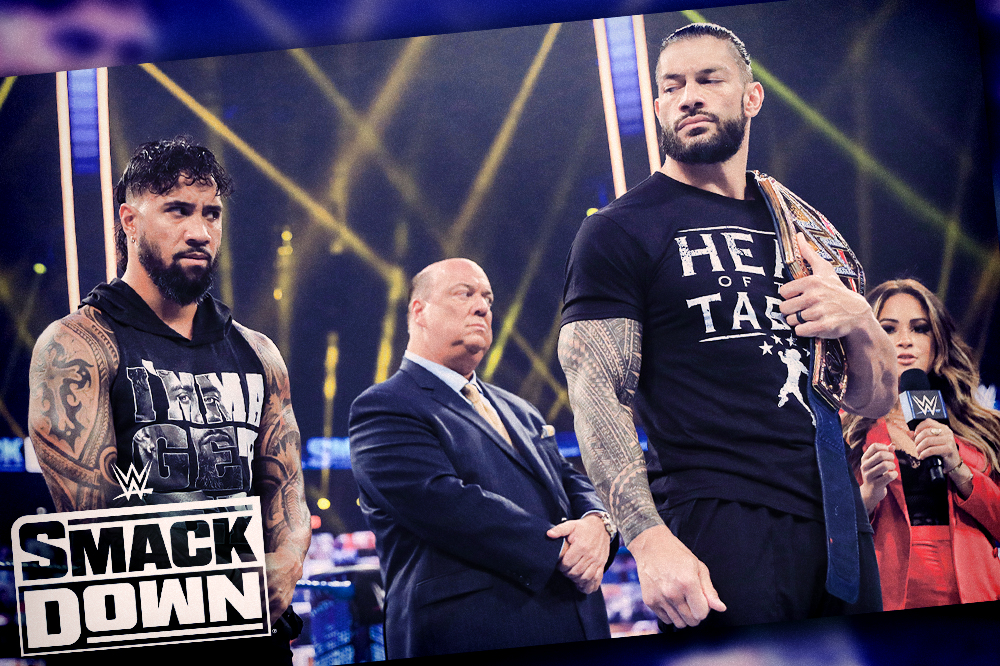 The tensions continue to rise on WWE Smackdown on FOX.

Universal Heavyweight Champion Roman Reigns (along with our boss, his Special Counsel Paul Heyman and also his own cousin Jey Uso) appears to have his championship reign under siege by Kevin Owens, who has now challenged Reigns to defend the championship against KO in a Tables Ladders and Chairs match at the appropriately named TLC pay per view.

One week after Kevin Owens sent a definite message to Universal Champion Roman Reigns with his vicious chair onslaught of Jey Uso, The Big Dog addressed the WWE Universe, belittling Kayla Braxton and affirming that neither he nor Jey Uso are afraid of KO.

It wasn’t long before Owens joined the party to stand toe-to-toe with The Head of the Table and challenge him to a Tables, Ladders & Chairs Match at WWE TLC or right there and then. In response, Reigns stated that he accepts but that, because he was a gentleman, he would not do it then. His decision was met with a very insulting response from Owens as his adversary left the ring.

We’re HustleTweeting about Roman Reigns vs Kevin Owens, and you’re more than welcome to join the conversation on the Hustle Twitter HERE … on our ridiculously sensational Instagram HERE … or on our Facebook page HERE!