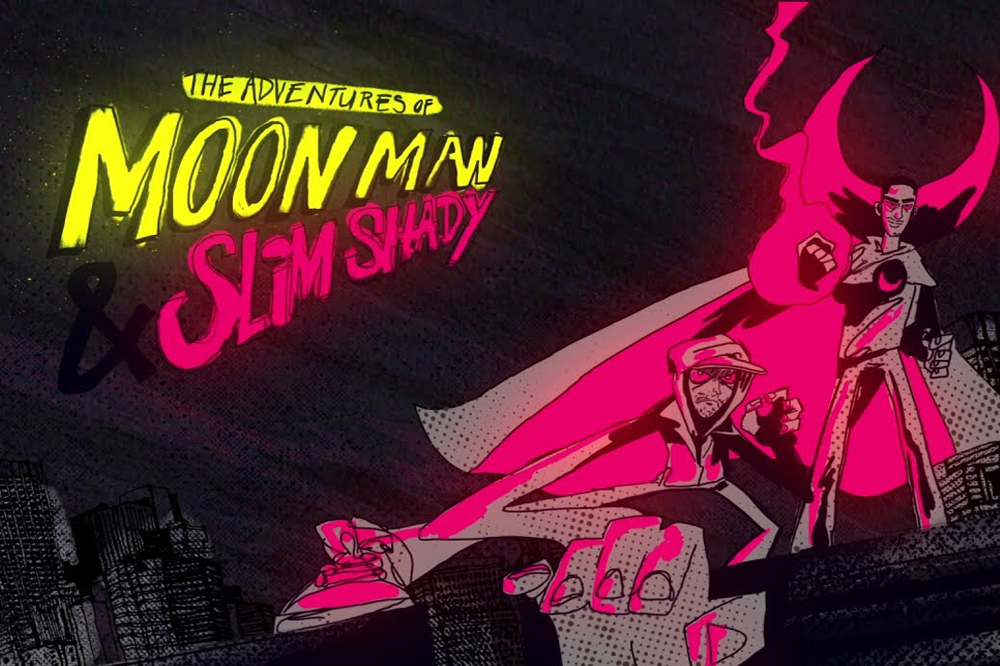 Kid Cudi and Eminem have teamed up for the brand new song, “The Adventures of Moon Man and Slim Shady” and it seems as if the world has lost its mind over it!

According to Rolling Stone:

In a lyric video for the song, the rappers appear as animated characters as they rap about recovery and current events, among other subjects. “Yeah, it’s been a minute, but I’m back in it,” Kid Cudi raps at the opening of his first verse, which discuss late-night jaunts, his stint in rehab and going through the “dark and the light.” Eminem broaches the topics of the COVID-19 pandemic and police brutality in his verse. “Half of us walking around like a zombie apocalypse,” he raps. “Other half are just pissed off and don’t want to wear a mask.” Later, Eminem raps, “Prayers for George Floyd and Ahmaud Arbery/How the fuck is it that so many cops are dirty?” The lyrics also refer to a trilogy that “continues.”

We’re HustleTweeting about “The Adventures of Moon Man and Slim Shady” and you’re more than welcome to join the conversation on the Hustle Twitter HERE … on our ridiculously sensational Instagram HERE … or on our Facebook page HERE!