LeBron Leads The Cavs to Their First NBA Title 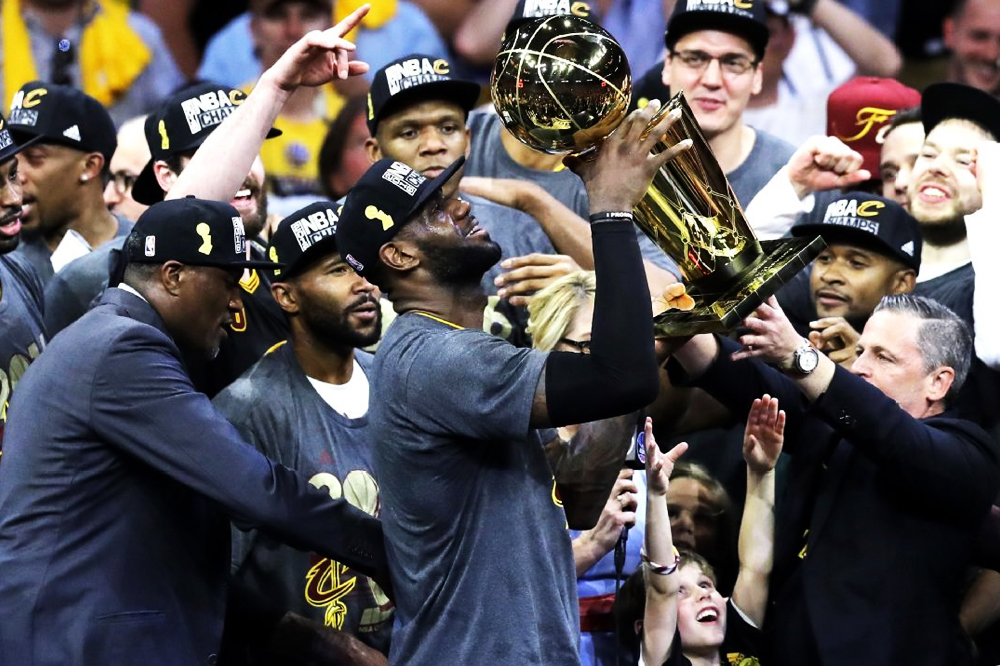 In what will go down as one of the greatest, most competitive Game Seven championship matches in history, the Cleveland Cavaliers came back from a 3-1 game deficit to defeat the Golden State Warriors, bringing Cleveland its very first NBA championship ever.

In perhaps the biggest game of his career, LeBron James had the game of his life. He scored 27 points, 11 rebounds and dished out 11 assists … his 16th triple double in the playoffs and seventh in an NBA finals. It wasn’t the highest scores he’s ever posted, but his dominance in this game could not be denied. James was named the MVP of the series.

Let’s discuss that 3-1 deficit the Cavs had to overcome to win the NBA Finals. We need to point out that only three teams out of 33 have forced an NBA Finals Game 7 after trailing 3-1. The other two teams are the 1951 New York Knicks, against the Rochester Royals … and the 1966 Los Angeles Lakers, against the Boston Celtics.

But the Cavaliers fought back, tying the series 3-3 after a 115-101 win at Quicken Loans Arena in Cleveland on Thursday night. LeBron James, the Akron, Ohio, native who returned to the Cavaliers with the goal of leading Cleveland to a championship, scored 41 points in each of the last two games. He is the first player with consecutive 40-point performances in the NBA Finals since Shaquille O’Neal did it in 2000.

Meanwhile, the Warriors looked rattled Thursday night. Stephen Curry, who has won the last two NBA regular-season MVP awards, fouled out in the fourth quarter Thursday night. Upset with the call, Curry threw his mouthpiece into the stands and was ejected. It was the first ejection of his career. On Friday, the NBA announced Curry was fined $25,000 for throwing the mouthpiece. You can read all about that in our report HERE!

Other links of interest: