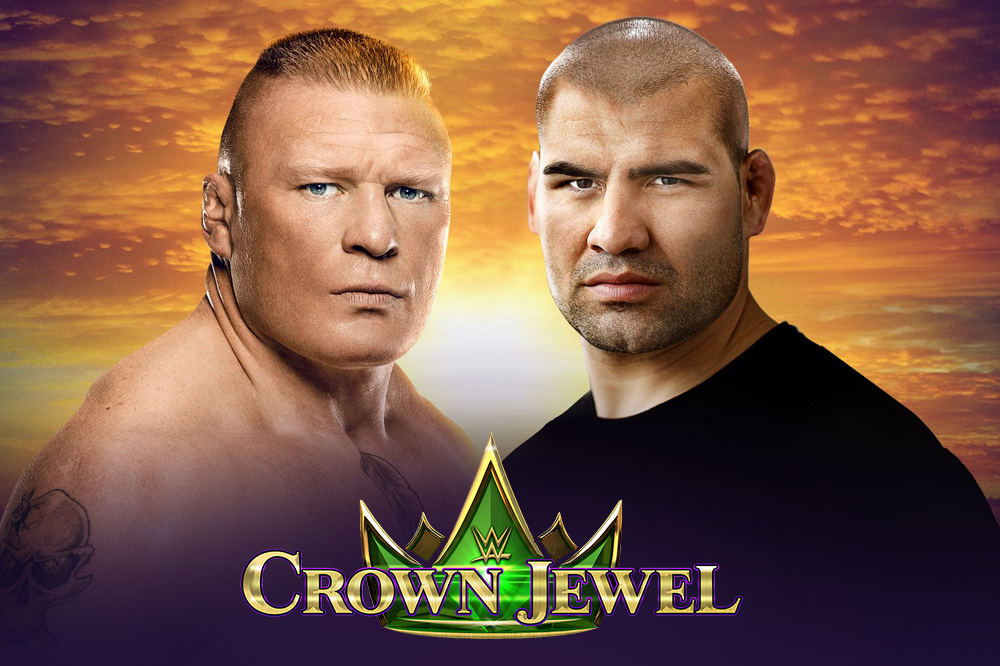 The WWE Universe was left in utter shock when Brock Lesnar hit a sudden F-5 to defeat Kofi Kingston in less than 10 seconds to capture the WWE Championship on the premiere of Friday Night SmackDown on FOX. Before anyone could catch their breath, however, Rey Mysterio’s music suddenly blared through the arena. The Master of the 619, who was decimated alongside his son by Lesnar on Monday, hit the scene sporting a sling on his arm, but he didn’t come alone. Rey had considerable backup in the way of Lesnar’s former MMA rival Cain Velasquez.

Stepping between the ropes, Cain absolutely unloaded on The Beast, dropping him with a double-leg takedown and landing several stiff strikes. The ambush caused Lesnar to retreat, and the new WWE Champion looked as if he had just seen a ghost.

As a result of the incident, WWE made the monumental announcement four days later that Lesnar will once again step into the ring against Velasquez at the WWE Crown Jewel pay-per-view.

Lesnar’s attack on Mysterio and his son has made the coming contest extremely personal for Velasquez, who has pledged to make his opponent relive the nightmare of their past showdown. Each and every time The Beast has looked in the mirror for the past nine years, he’s had to see the scar that Velasquez gave him when Velasquez defeated him for the UFC Heavyweight Championship. The return bout is an opportunity for Lesnar to finally right that wrong.