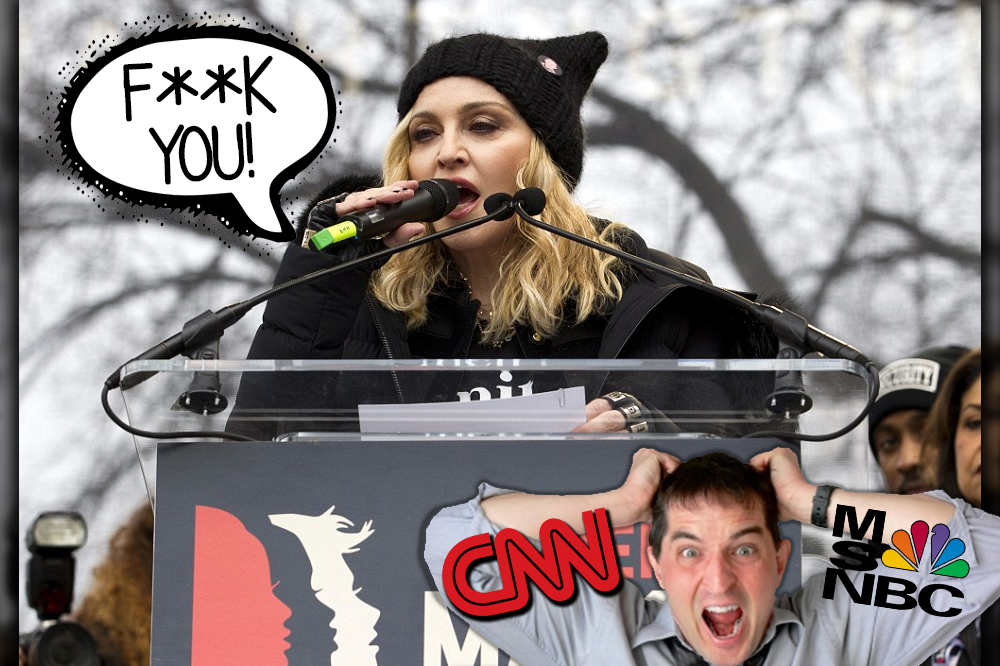 Madonna made a surprise appearance at the Women’s March on Washington to deliver a powerful speech to the hundreds of thousands who gathered in the nation’s capital.

“Can you hear me? Are you ready to shake up the world? Welcome to the revolution of love,” the iconic singer hollered. “To the rebellion, to our refusal as women to accept this new age of tyranny. Where not just women are in danger, but all marginalized people.”

“It took this horrific moment of darkness to wake us the fuck up,” Madonna continued. “It seems as though we all slipped into a false sense of comfort, that justice would prevail and that good would prevail in the end. Well, good did not win this election. But good will win in the end. So what today means is that we are far from the end. Today marks the beginning; the beginning of our story. The revolution starts here.”

Madonna also had a message for “the detractors that insist that this march will never add up to anything.”

That message? “Fuck you!” Madonna exclaimed.. “Fuck you! It is the beginning of much-needed change. Change that will require sacrifice, people… But this is the hallmark of revolution.”

Madonna‘s unexpected F-bombs caused CNN and MSNBC to cut away from her mid-speech. Both networks missed the singer quip that, “Yes I have thought an awful lot about blowing up the White House, but I know that this won’t change anything.”

Madonna then led the crowd through a chant of “We choose love” before performing a few of her tracks for the marchers, including customized Anti-Trump versions of “Express Yourself” and “Human Nature.”

We’re HusleTweeting about Madonna, and you’re more than welcome to join the conversation by following the Hustle on Twitter HERE or by hitting LIKE on our hyper-interactive Facebook page HERE!