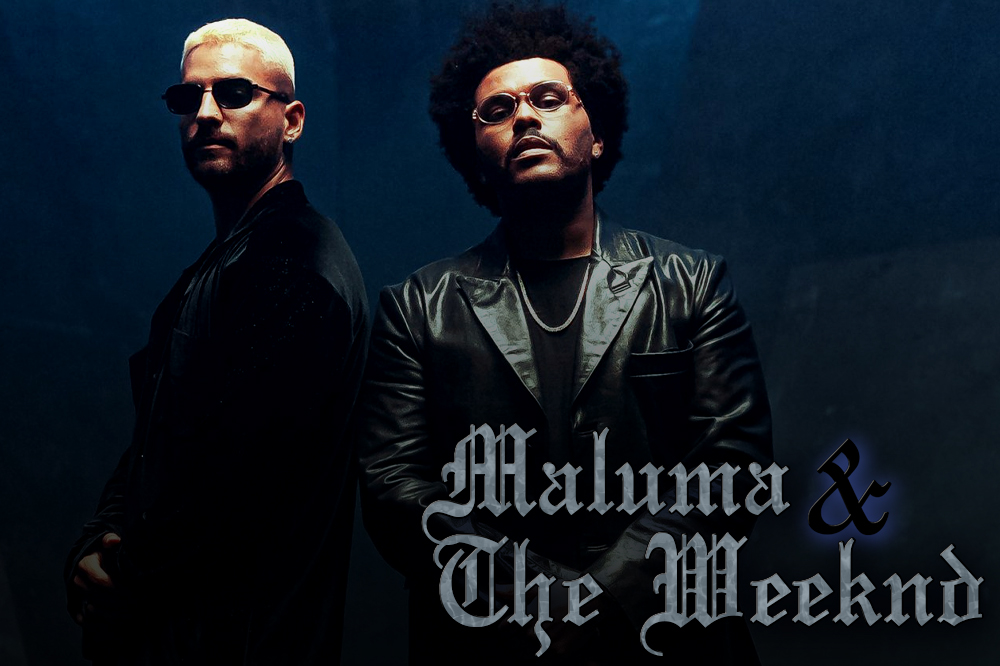 The entire music world has gone bonkers over Maluma and The Weeknd‘s remix of Maluma‘s mega-hit “Hawái” … and much like the election, we have a feeling things are going to crazier and crazier!

The Weeknd sings .. in Spanish … which prompted People Magazine to ask “The Weeknd or El Fin de Semana?”

It all happened yesterday, when The Weeknd joined Maluma on a surprise collab for Maluma‘s smash hit “Hawái” … and it seemed the whole world started talking about it!

The video starts with flashbacks to Maluma‘s solo music video, which follows Maluma after a breakup and interrupting her ex-lover’s wedding.

For Maluma, whose original rendition sat atop the Billboard’s Hot Latin Songs chart for eight weeks, this collaboration with The Weeknd is “nothing short of a dream come true.”

Continuing, Maluma stated “he brought another flow to it and sang in both Spanish and English which is impressive.”

The Weeknd and Maluma teased their collaboration on Wednesday, simply tagging each other on a photo of the two together.

While The Weeknd has a slew of collabs under his belt with artists from Beyoncé and Lana Del Rey to Drake and Halsey, this is his first collaboration with a Latin artist.

We’re sure there’s more to come.

We’re HustleTweeting about Maluma and The Weeknd, and you’re more than welcome to join the conversation on the Hustle Twitter HERE … on our ridiculously sensational Instagram HERE … or on our Facebook page HERE!