Maria Kanellis Kicks Off The Week With An Ultra-Hot Version of The Hollywood Charlie Media Watch! 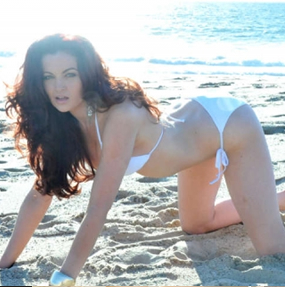 The Former WWE Diva Is Blazin’ Hot In These New Bikini Photos!

There seems to be quite a number of Former WWE Divas in the news lately. TRISH STRATUS signed on with World Wrestling Entertainment to become a coach on the new season of Tough Enough along with STONE COLD STEVE AUSTIN

CANDICE MICHELLE announced she is pregnant again (by the way, congrats to Candice)!

The self-proclaimed “Original Diva” TAMMY LYNN “SUNNY” SYTCH somehow manages to always keep herself in the news, as does the ragin’ redhead (and current TNA Knockout) CHRISTY HEMME

But perhaps no one stays as busy as Maria Kanellis, the all-natural native of Ottawa, Illinois who is pursuing simultaneous careers in music, acting, music, and modeling. You may think juggling all those careers is a tall order, but for the workaholic Kanellis, it’s just enough to satisfy her insatiable desire for new and interesting projects. Not only is this woman beautiful, but she loves to be involved every step of the way, which is why she is in such high demand from all the fields she is pursuing.

CLICK HERE FOR OUR OWN HUSTLER DE TUTI HUSTLERS PAUL HEYMAN’S AWESOME BLOG ON MARIA KANELLIS AND HER PLAYBOY PHOTOS!

CLICK HERE FOR THE WILDEST PHOTO SHOOT YOU’VE EVER SEEN FEATURING MARIA, A SEXY OUTFIT, AND A GRAVEYARD AT MIDNIGHT!

Maria has released a brand new set of bikini photos, and we think these photos demonstrate the chances that Maria is willing to take in her modeling career. Far from just regular “hot body” photos by the water (and there’s a lot to be said for those kind of pictures), Maria went rather artistic in this photo session, and the results are rather interesting.

What’s your opinion? Please let us know! You can join the conversation right now on Twitter by following THE HEYMAN HUSTLE and becoming a HustleTweeter HERE

You can write to us directly at hustleoncrave@gmail.com

You can also let Maria know what you think by following her on Twitter HERE, but be prepared because she’s one of the most interactive celebrities on Twitter today!

CLICK ON THE PICS BELOW TO SEE THE ENTIRE GALLERY
OF MARIA KANELLIS HEATING UP THE SAND ON THE BEACH! 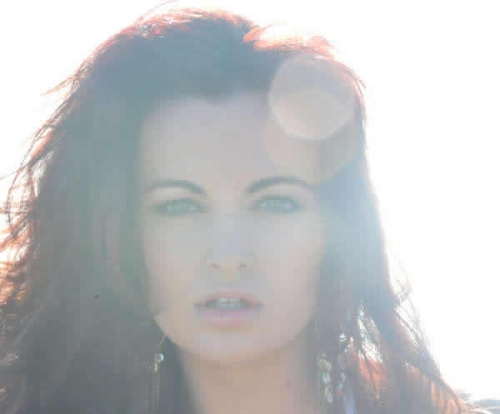 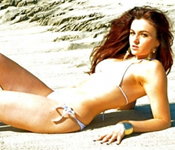 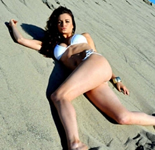