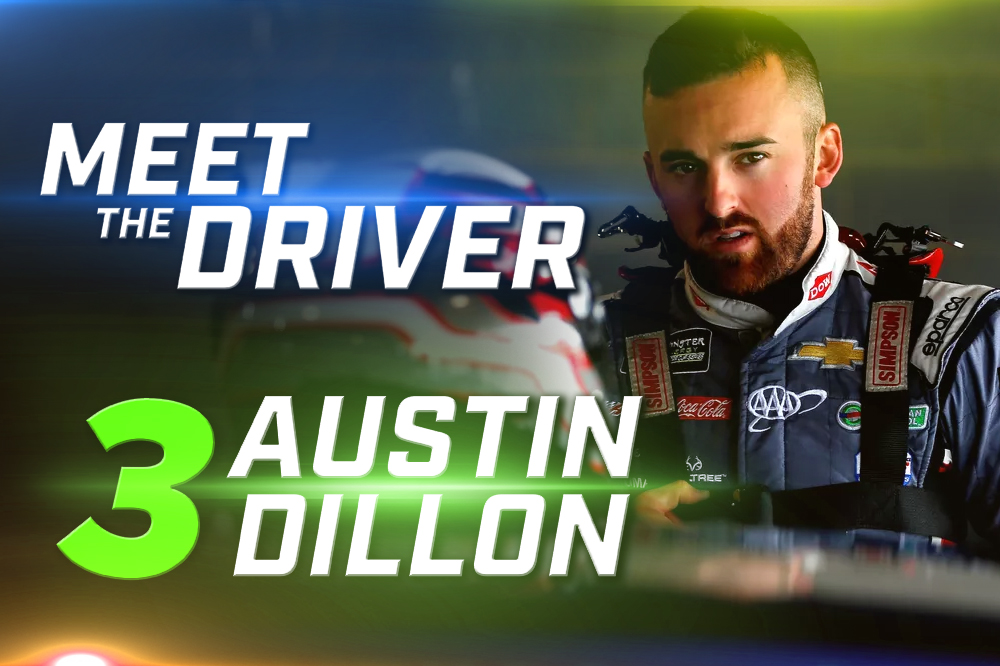 “Austin Dillon is not only one of the most charismatic drivers NASCAR has seen in years, he’s on a tremendous roll right now,” noted The Looking4Larry Agency (parent company to The Heyman Hustle)’s co-founder Mitchell K. Stuart, who directed the Meet The Driver series EXCLUSIVELY for the Hustle. “He just won the Coca Cola 600, and he has set his sights on the Federated 400 in Richmond as his next big step into dominating the circuit!”

Indeed, Austin Dillon has to be considered as one of the top contenders to run away with the glory in Richmond as #3 for Richard Childress Racing has racing in his blood. “It’s not just about individual glory to Austin Dillon,” noted director Stuart. “It’s about family pride and tradition. He is the son of former driver and RCR general manager Mike Dillon, brother of Ty Dillon and grandson of Richard Childress. I dare say Austin is fully prepared to handle chaos at every corner under the lights on September 8th and 9th when thousands upon thousands upon thousands of fans from around the world gather in Richmond, Virginia to cheer on everything from WHO’S YOUR DRIVER to the Monster Energy NASCAR Cup to the crowning of the very 1st Miss Chaos to, of course, the Federated Auto Parts 400. It has turned into the biggest weekend for NASCAR fans in 2017, and Austin Dillon may be in a better position than anyone else to handle all that pressure.”

CLICK HERE TO PURCHASE YOUR TICKETS FOR SEPTEMBER 8th and SEPTEMBER 9th!

We are HustleTweeting about the mega-event weekend in Richmond featuring the Federated 400, and you’re more than welcome to join the conversation on the Hustle Twitter HERE and also on our hyper-interactive Facebook page HERE!