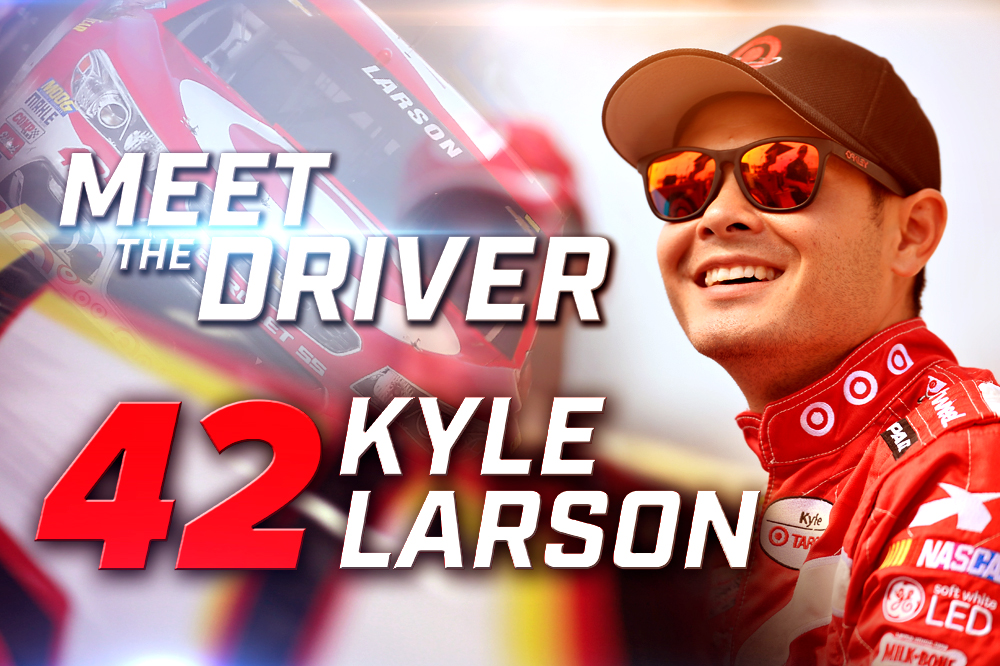 25 year old Kyle Larson is focused on the Federated Auto Parts 400 mega-event NASCAR weekend at the Richmond Raceway September 8 and 9, as Chip Ganassi Racing‘s No. 42 continues to stack up his accomplishments at such a young age.

“Kyle has to be in any conversation when discussing the favorites to dominate in Richmond September 8th and 9th,” noted Meet The Driver director Mitchell K. Stuart (who is also co-founder of our parent company, The Looking4Larry Agency). “He was named the 2012 K&N Pro Series East Rookie of the Year and Champion … the 2013 Rookie of the Year in the NASCAR Nationwide Series … as well as an overall winner of the 2015 24 Hours of Daytona. He’s creating quite the name for himself, and the Federated Auto Parts 400 seems like the next step for this premier racer!”

CHECK OUT THE ALL STAR EDITION OF “MEET THE DRIVER!”

CLICK HERE TO PURCHASE TICKETS TO THE SEPT 8 and 9th MEGA-EVENT WEEKEND IN RICHMOND!

We’re HustleTweeting about Kyle Larson, and you’re more than welcome to join the conversation on the Hustle Twitter HERE and also on our hyper-interactive Facebook page HERE!