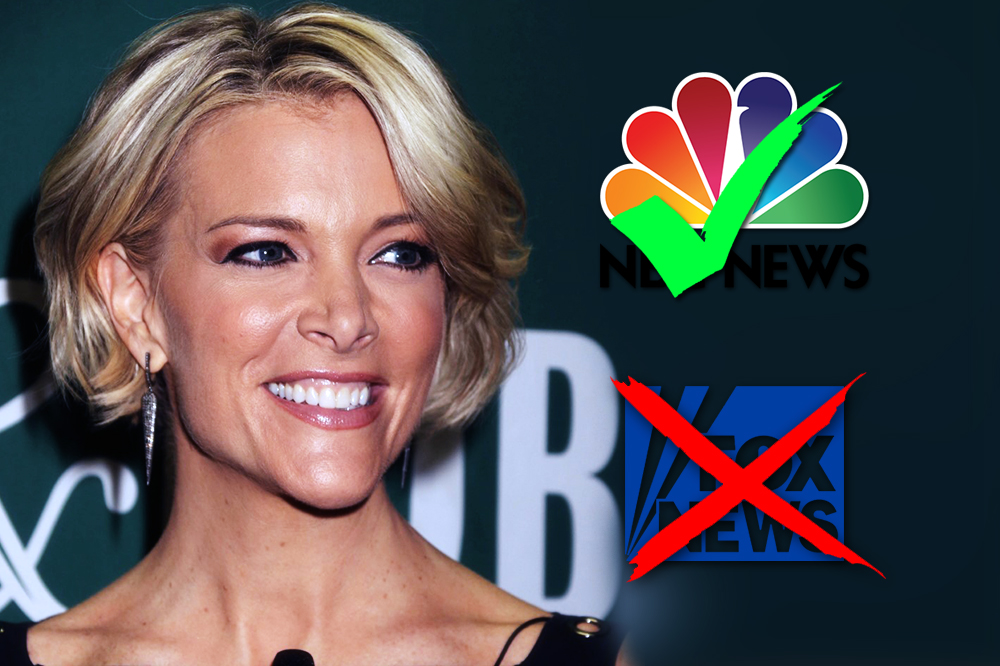 Fox News host Megyn Kelly is leaving the cable news network and will be headed for NBC News, news that was not completely unexpected, but was confirmed by both networks to multiple news outlets earlier today.

It has also been confirmed Kelly will take on multiple roles at NBC. She’ll host a one-hour daytime talk show airing Monday through Friday and a Sunday evening news magazine show, and will contribute on breaking news stories and NBC’s coverage of major political and special events.

“Megyn is an exceptional journalist and news anchor, who has had an extraordinary career,” commented Andrew Lack, chairman of the NBCUniversal News Group, in an official release. “She’s demonstrated tremendous skill and poise, and we’re lucky to have her.”

Kelly hosted a top-rated 9 p.m. show on Fox News Channel and, according to several insiders, was considered a key part of the network’s future.

In a Facebook post, Kelly said she was “incredibly enriched for the experiences” she had in a dozen years at Fox News. She’ll wrap up her last episode of “The Kelly File” this Friday.

A former litigator, Kelly joined Fox News as a Washington-based correspondent in 2004. She later moved to co-anchoring in the morning, and in 2010, hosted her own show from 1 to 3 p.m.

She was the subject of a January 2015 New York Times Magazine cover story that highlighted her tendency to stray from Fox News orthodoxy and the reputation she has gained for aggressively challenging figures on both sides of the aisle.

Kelly’s national profile skyrocketed during the 2016 election after Donald Trump leveled personal attacks against her and feuded with the network over her coverage. At the first Republican debate, in August 2015, she drew Trump’s wrath for asking about his history of misogynistic and sexist remarks. The following day, Trump made his infamous comments about Kelly having blood “coming out of her eyes, blood coming out of her wherever.”

In July, Kelly was again in the spotlight after telling investigators that she, too, was sexually harassed by former Fox News Chairman Roger Ailes. He resigned in disgrace soon after.

Kelly publicly described Ailes’ sexual advances in November during the rollout for her memoir, Settle for More. In the book and subsequent interviews after the election, Kelly revealed Trump threatened to turn his millions of Twitter followers against her.

During the election cycle, Kelly’s more critical coverage of Trump distinguished her from Fox News’ two other primetime stars. Bill O’Reilly was generally sympathetic to Trump in the 8 p.m. slot, while Sean Hannity was the Republican candidate’s biggest media booster at 10 p.m.

While Fox News remains the dominant cable news network, the network’s primetime line-up is in flux. O’Reilly, whose contract is up later this year, has hinted at retirement and Kelly was viewed as the future face of Fox News.

In a statement, 21st Century Fox Executive Chairman Rupert Murdoch thanked Kelly for her 12 years at Fox News, stating “We hope she enjoys tremendous success in her career and wish her and her family all the best.”

We’re HustleTweeting about Megyn Kelly, and you’re more than welcome to join the conversation on the Hustle Twitter HERE and also on our hyper-interactive Facebook page HERE!