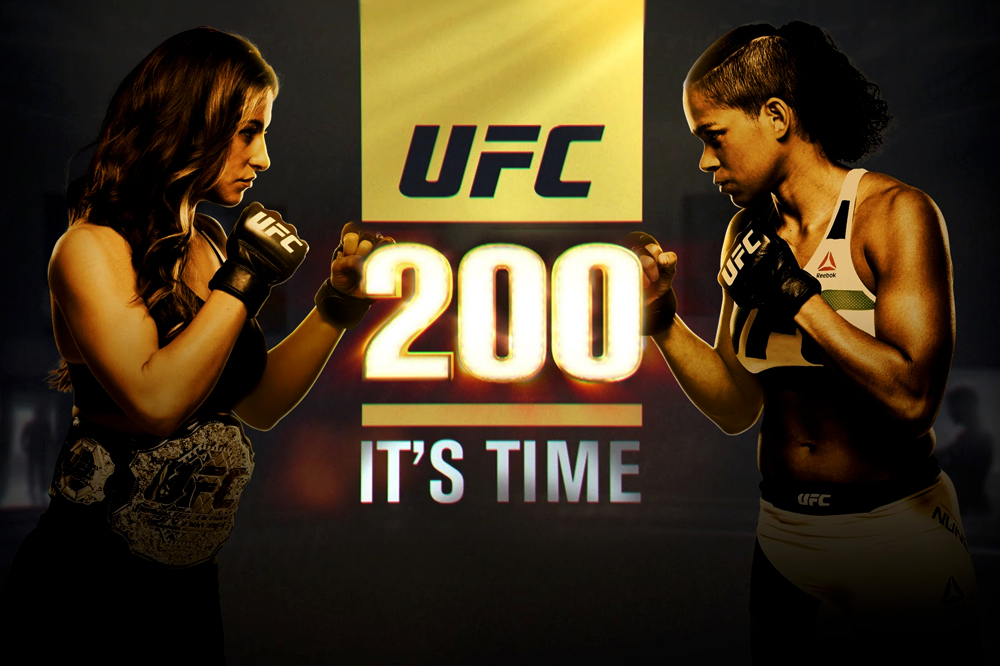 … and the surprises keep on a-comin’! The Women’s Bantamweight Title Fight between Miesha Tate and Amanda Nunes will now headline UFC 200, a historic decision made by UFC and one which returns Brock Lesnar vs Mark Hunt to the co-main event position. UFC announced the new fight order after letting the world know that despite Jon Jones being removed from UFC 200, Daniel Cormier will indeed fight on the card, a special light heavyweight special attraction as Anderson Silva stepped up to take the non-title fight.