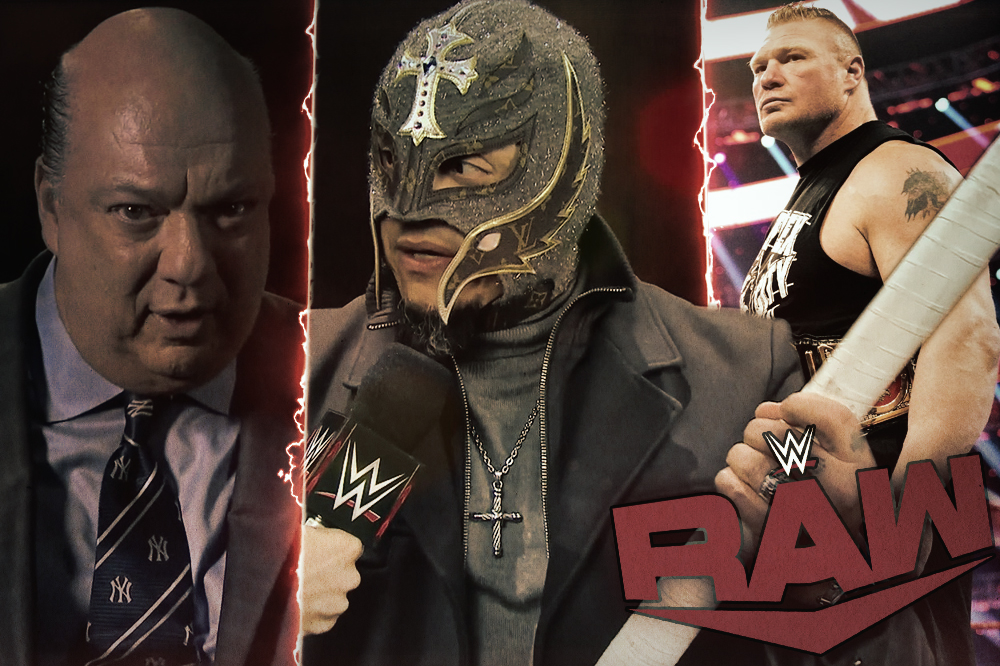 ‍
The ante has been upped. This Sunday, when Brock Lesnar defends the WWE Title against Rey Mysterio, the match will be held under the provisions provided by a contest that is labeled NO HOLDS BARRED. Our boss (Brock’s Advocate) Paul Heyman issued the challenge live on WWE Monday Night RAW, and Rey Mysterio replied in kind. According to WWE.com:

A few weeks ago, Rey Mysterio did what very few Superstars have managed to do and took Brock Lesnar’s legs out from under him with a steel pipe in a display of aggression that netted him a WWE Title Match against The Beast at Survivor Series. Both Superstars have been relatively quiet since then, and as Paul Heyman admitted, that has led to speculation that Brock isn’t 100 percent for the match. Heyman disputed the rumors — Team Brock’s public statement is that he’s fine — but also used them to his advantage, offering a No Holds Barred, No Disqualification stipulation to “make things interesting.”

Whether Heyman is playing some kind of four-dimensional chess or trying to give his client the leeway he needs to cover for an injury isn’t quite clear. It’s really never clear with Heyman, but it made no difference to Mysterio. With the pipe — his “friend” — in hand, The Ultimate Underdog made it clear he wasn’t looking for Lesnar to apologize for the torments against his family that led to this rivalry. Instead, he’s just looking to punish the biggest bully in WWE. In short? He accepted, and as he made clear, he’s bringing his “friend” with him to get what he wants.