Miranda Sings Get Married ... To Netflix! 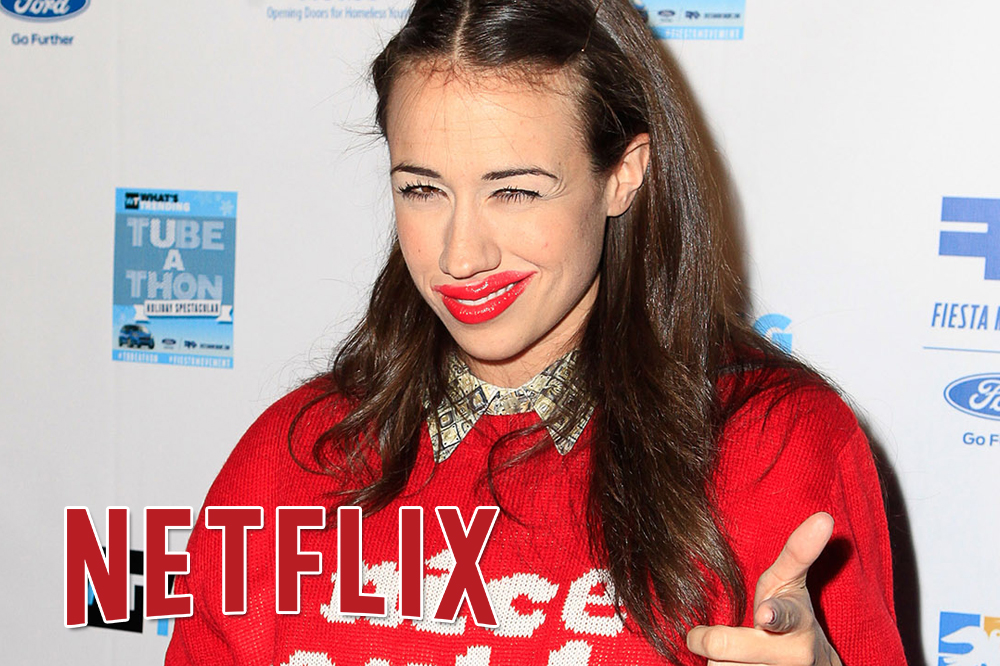 Miranda Sings broke some big news on her YouTube channel, announcing in a music video that her series “Haters Back Off” will debut October 14 worldwide on Netflix. The eight-episode half-hour show covers Miranda’s backstory of her life with her mom and uncle growing up in Tacoma, Washington, before she became famous on YouTube. Pray for us sinners. Please!

“Haters Back Off” co-stars Angela Kinsey (“The Office”) as her mother and Steve Little (a Groundlings member whose credits include “Eastbound and Down” and “The Grinder”) as her uncle, Jim.

The premiere date announcement was timed for VidCon, the online-video convention being held this week in Anaheim, California where Miranda was scheduled to hold a Q&A session Friday afternoon.

CLICK HERE TO READ ABOUT NETFLIX’S OTHER SERIES WITH A DIGITALSENSATION, VINE STAR CAMERON DALLAS!

Miranda’s show was developed for TV by Colleen Ballinger (who plays Miranda Sings) and her brother, Chris Ballinger, along with showrunners Perry Rein and Gigi McCreery. Executive Producers are Colleen Ballinger, Christopher Ballinger, Perry Rein, Gigi McCreery, and the Firm’s Jeff Kwatinetz and Josh Barry. Produced by Brightlight Pictures for Netflix, it was filmed in April and May in Vancouver, as a stand-in for Miranda’s hometown of Tacoma.

Netflix gave “Haters Back Off” a straight-to-series order, beating out HBO, which had offered a pilot commitment, according to a report posted in Variety.

We’re HustleTweeting about Miranda Sings on Netflix, and you are more than welcome to join the conversation on Twitter HERE or on our hyper-interactivre Facebook page HERE!