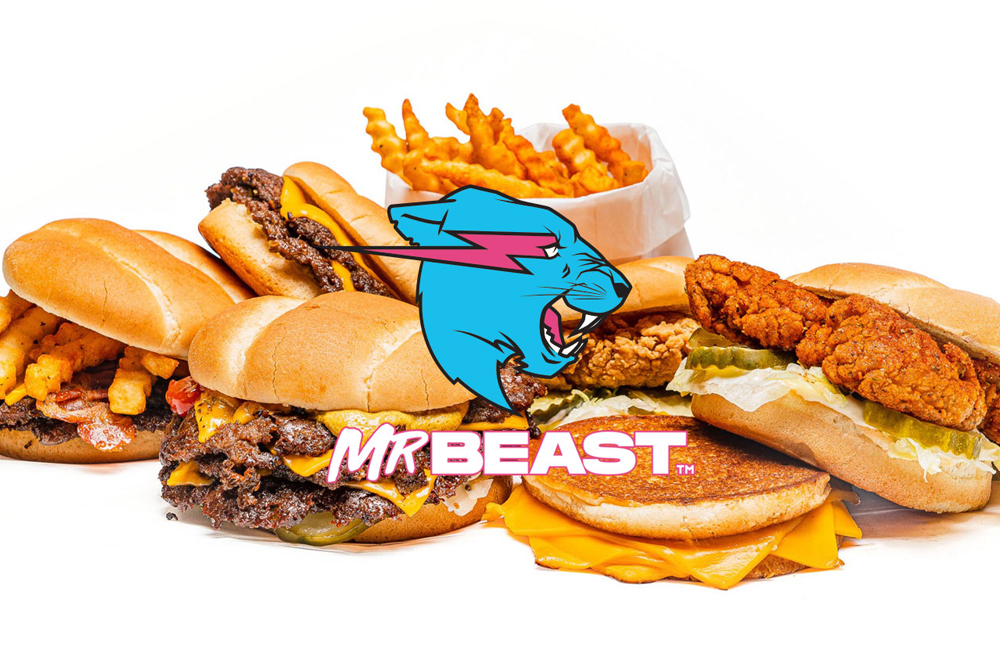 On December 19th, MrBeast debuted a virtual food brand, MrBeast Burger. He shared the update in a tweet, and encouraged his almost 54-million-followers to order via the MrBeast Burger app.

“I literally just opened 300 restaurants all across America,” (MrBeast) said in a December video announcing MrBeast Burger, a chain serving smash burgers and fries. “But we only serve people through delivery apps.”

But MrBeast Burger is not quite what most of us think of as a chain, or even a restaurant. In exchange for a cut of sales revenue, the brand supplies the name, logo, menu, recipes and publicity images to any restaurant owner with the space and staff to make burgers as a side hustle. When a customer orders from the MrBeast Burger in Midvale, Utah, the food is prepared at a location of the red-sauce chain Buca Di Beppo, following a standardized MrBeast recipe. In Manhattan, a MrBeast Burger is prepared at the neighborhood bar Handcraft Kitchen and Cocktails.

The parent company of Nextbite, another pioneer of the model, received $120 million in venture-capital funding in October for its 13 virtual brands. Franklin Junction, founded last year, helps restaurants do business as known food brands, including Wow Bao and Nathan’s Famous. Companies like Future Foods, Combo Kitchen and the Local Culinary are all making similar plays.

In the delivery app era, the ghost franchise can be a lifeline for the independent restaurateur, a way to make thousands of dollars a month in a devastating time. It can also be a liability, exploding the marketplace in ways that serve big brands more than small businesses.

James Garofalo, 52, grew up working at his father’s diner in Chicago Heights, Ill. Now, he’s the chief operating officer at Goddess and the Baker, a cafe with several locations in Chicago and one in Brookfield, Wis. At first, Mr. Garofalo was skeptical of the ghost-franchise model. But as the pandemic cut off foot traffic, he decided it might make sense. “At this point, you’re looking for ways to generate dollars, keep staff on,” he added.

The day-to-day is less chaotic than it sounds. Delivery-app orders stream into one tablet, and the takeout containers all come from the same pile; nothing is branded except HotBox orders, and those have just a sticker. Recipes from Nextbite’s Colorado test kitchen are easy to follow, and the company recommends ingredients from the suppliers Mr. Garofalo already uses. Nextbite takes a 45 percent cut of sales, but handles all delivery-app fees, which would be, for Mr. Garofalo, as high as 30 percent per order. In his best month so far, he cleared $20,000 across the 12 brands.

The arrangement has allowed Mr. Garofalo to add new types of food without the labor of menu development or the worry of muddying his own brand. But what restaurant owners are really buying from these companies is not just recipes or a cutesy name. They’re buying a solution to a problem facing every small restaurant that’s living as a name on a screen among all the other names on a screen: visibility.

“Before Covid, you had some restaurants that did not need to be on these third-party systems,” said Kymme Williams-Davis, the owner of Bushwick Grind, a cafe in Brooklyn. “But now every restaurant, every cafe, every commercial kitchen and every ghost kitchen is on these apps. It’s more competitive.” If someone on her block searches Grubhub for espresso, Bushwick Grind is buried below more than 20 shops, some of them miles away.

The business model hinges on deals the ghost-franchise parent companies strike with third-party delivery apps (which are notorious for taking advantage of workers and restaurants), using the leverage of having hundreds of listable “restaurants” to broker top spots for them in search results. If a customer in the Brookfield area searches for grilled cheese on DoorDash, Grilled Cheese Society comes up as the first suggestion. In a search for wings, Firebelly is third and Wild Wild Wings is fourth.

“Like anyone else, we pay to be on apps and we pay for placement,” said Geoff Madding, Nextbite’s chief executive. He added, “The more value you’re bringing, probably the stronger negotiating position you’re in.”

In January, Ms. Williams-Davis started selling online as Mariah’s Cookies, the Virtual Dining Concepts brand partnership with the singer Mariah Carey, as a test run to see if the extra sales could help Bushwick Grind “stay alive during this really unprecedented time,” she said. She had to close for six months last year, she said, after her father and several of his cousins died from Covid-19.

Her cafe is an exemplar of a community-minded business; she runs a community refrigerator, feeds vaccine workers and has plans to open an urban farm.

“I don’t want to contribute to not buying local, right?” she said. “In one way, if you’re buying from Mariah’s Cookies, and that name and that advertising machine can get customers, you kind of are buying local because I’m making the cookies. But at the same time, the perception is that you’re not buying local. I’m on the fence. But if it nets out to hurt small businesses, it’s not something I’m going to continue to do.”

To read the rest of the report from the Times, click here!

We are HustleTweeting about MrBeast Burger, and you’re more than welcome to join the conversation on the Hustle Twitter HERE … on our ridiculously sensational Instagram HERE … or on our Facebook page HERE!