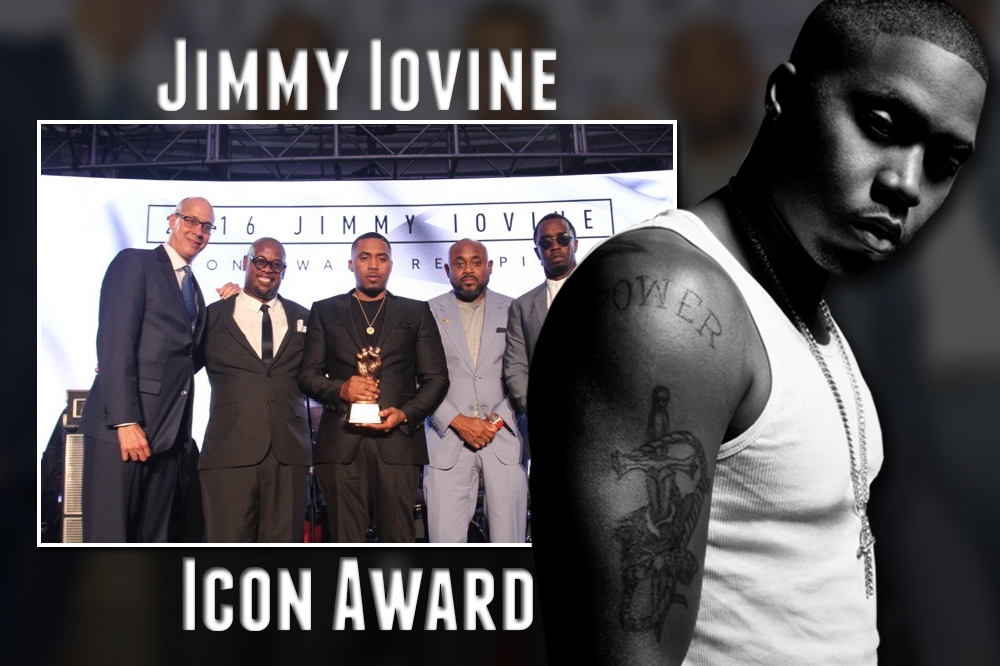 Nas was presented the Jimmy Iovine Icon Award by Sean “Diddy” Combs at the 2016 REVOLT Music Conference in Miami. The high honor, presented annually, was awarded this year to Nasir “Nas” Jones who has a 20 year old history of greatness and has recently experienced a resurgence in appreciation for his contributions to the hip hop industry.

The commemoration concluded a busy and eventful three-day weekend experience that brought forth performances from Kehlani and Bibi Bourelly, as well as special appearances from Nas’ daughter Destiny Jones and their cousin, Yara Shahidi.

“We’ve all been thru serious trying times. So to see these men standing strong for so many years and getting stronger by the day…its inspiration,” noted Nas on Instagram. “It’s encouragement. And empowering. @andreharell u started all this. Legitimate street corner executive waves, this is what u started. Salute to you King. We continue to lift each other up. Thank you @stevestoute for saving my life! For finding me and helping me find myself. Your words last night was Crazy!” before added the hashtags: “#iconaward #revolt #jimmyiovineiconaward #RMC2016.”

We’re HustleTweeting about Nas, and you’re more than welcome to join the conversation by following the Hustle on Twitter HERE or by hitting LIKE on our hyper-interactive Facebook page HERE!