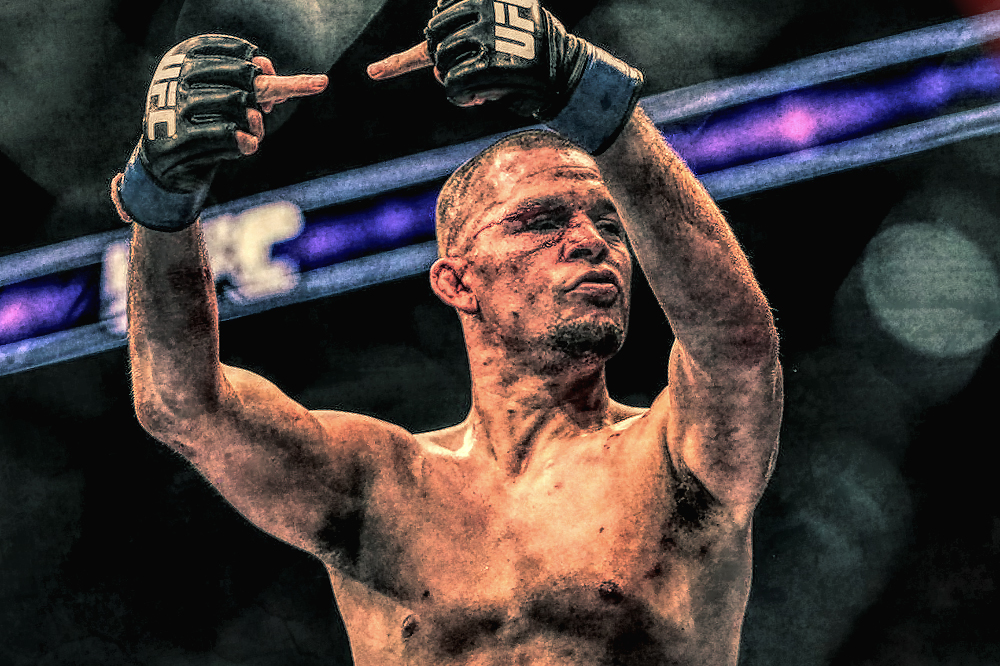 MMA fans packed into the Orpheum Theatre in Los Angeles for UFC‘s 25th Anniversary Press Conference on Friday, where the UFC announced that Conor McGregor would fight Khabib Nurmagomedov for the lightweight belt in his long-awaited return. One person was, let’s say, less than happy.

That would be Nate Diaz, whose own return after a two-year hiatus from MMA was also announced during the UFC 25th Anniversary Press Conference. The well-known McGregor rival is lined up to face lightweight Dustin Poirer in a fight that will likely determine the next challenger for the winner of McGregor’s bout. The fight is scheduled to take place at UFC 230 in Madison Square Garden on Nov. 3.

Diaz had little to say during the press conference, but he still managed to send a loud statement as a hype reel played over the fighters to announce McGregor-Nurmagomedov.

When McGregor’s face hit the screen, Diaz was able to stay on the press conference stage for all of 10 seconds before he decided to make his exit. He didn’t seem too thrilled about the prospect of his own return being upstaged by McGregor.

Diaz gave his thoughts on the announcement of McGregor’s fight with a quick tweet.

I’m not fighting on that show fuk the @ufc

Storming off the stage didn’t stop the press conference for Diaz though, as the 33-year-old was followed by reporters and spoke outside venue. Diaz openly questioned whether or not he would even fight Poirer.

“We’ll see in a bit if I’m even fighting, s—, they’d better start acting right. They brought me to this press conference late,” Diaz said, according to the Calgary Sun’s Danny Austin.

We asked about his tweet after the press conference and whether he was saying he wasn't fighting.
He said "They'd better start promoting me" and said they didn't even pick him up on time for the press conference.
Sorry about audio, I just ran into him and had to use my phone https://t.co/hXfNsnkATX

McGregor’s return to UFC after his boxing match with Floyd Mayweather and meltdown in New York City was always going to bring drama, but Friday exceeded expectations.

We’re HustleTweeting about Nate Diaz, and you’re more than welcome to join the conversation by following the Hustle on Twitter HERE or by hitting LIKE on our hyper-interactive Facebook page HERE!