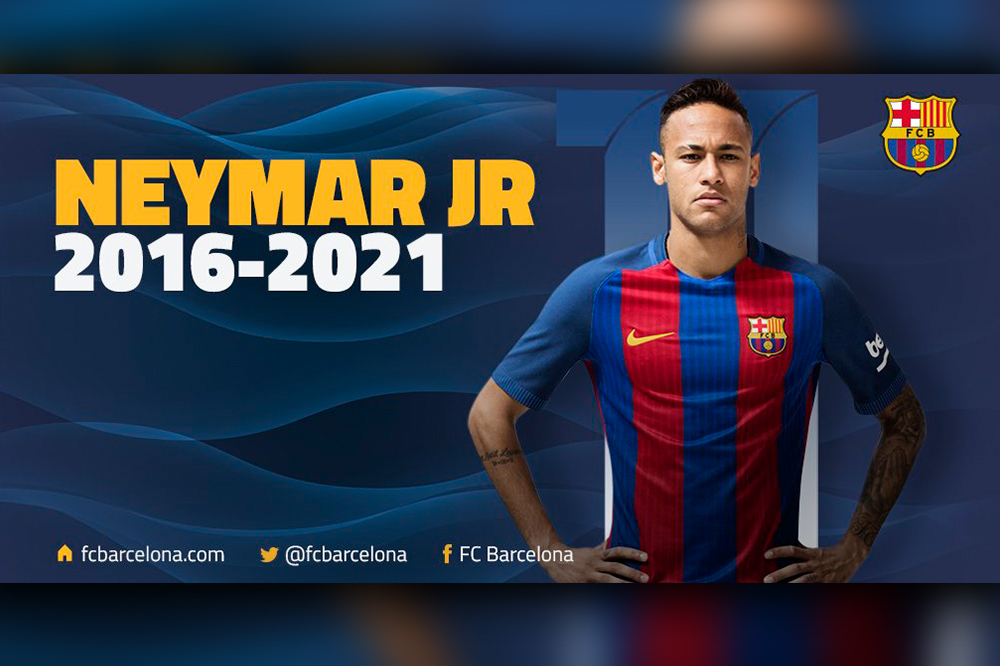 Neymar is staying with Barcelona. The world’s most talked-about soccer superstar, whose contract was set to expire in 2018, will remain with Barcelona until 2021 after agreeing to a five-year contract extension, the team announced Friday.

Teams hoping to scoop the 24-year-old Brazilian up later should start saving now. Under his new buyout clause, it will cost €200 million (roughly $222 million) the first year, €222 million ($247 million) the second year and €250 million ($278 million) the last three years to acquire him. That last figure matches his teammate Lionel Messi’s buyout clause, which is the second highest in international soccer. The highest clause totaling more than $1 billion belongs to their Real Madrid rival Cristiano Ronaldo.

The team did not release the terms of Neymar’s salary, but according to Spanish newspaper AS, Neymar will net €15 million (about $17 million) per year. That’s a €5 million bump from what he had been making, but unlike the buyout clause, his rumored new salary is still significantly less than Messi’s. The Argentine, 29, makes roughly $24 million per year.

Hours before Barcelona made the announcement, Neymar hinted on social media that the deal was imminent.

Neymar, who made his debut with Barcelona in the 2013-14 season, has helped lead Barcelona to several championships, including two La Liga trophies, two Copa del Rey championships and a Champions League cup. He has scored a total of 85 goals in 141 games and become an indispensable prong of the team’s striker triumvirate that includes Messi and Luis Suarez. Together, the three earned 131 goals last season, more than any other front three in soccer.

Of course, we’re HustleTweeting about Neymar, and you’re more than welcome to join the conversation on the Hustle Twitter HERE … and on our hyper-interactive Facebook page HERE!