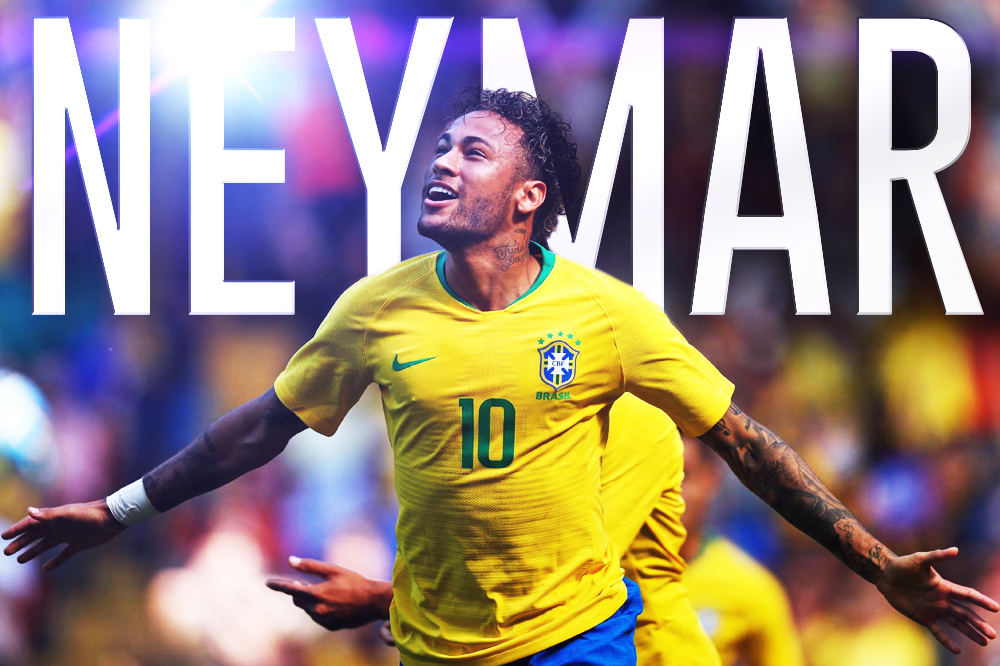 It was only three months ago, when the world was a different place for Brazilian bad ass soccer superstar Neymar Jr, as he was on an operating table and most likely looking at missing the World Cup in Russia. But that was then, and this is now,.

Neymar shocked the soccer world this weekend when he returned to action with smart dribbling, fluent passing and an impressive individual goal, which he celebrated with his surgeon.

Playing for the first time since February, Neymar scored the opener in Brazil’s 2-0 win against Croatia in Liverpool after coming on for the second half. He then ran to hug Brazilian soccer confederation doctor Rodrigo Lasmar on the sidelines at Anfield.

“I am so happy to play football again. I have waited and worked a lot for this. I suffered, these were very tough three months,” the superstar exclaimed. “When I saw the ball hit the net I only thought of those that helped me, Dr. Lasmar, my family, friends.”

Neymar, who also withstood a few challenges in the game, received the ball from midfielder Philippe Coutinho in the 68th and dribbled past Croatia defenders Sime Vrsaljko and Duje Caleta-Car. He could not be denied. GOAL! GOAL! GOOOOOOOAAAAAAAAAL!!!!!!!

It’s amazing that he scored the goal by kicking the ball with his right foot, as it was that same right foot that he injured The Brazilian injured playing for Paris Saint-Germain and underwent surgery in Brazil in early March. He did not warm up with the Brazilian team on Sunday, which had again raised concerns among supporters.

Neymar said he was 80 percent at his best for the Croatia game.

“Neymar is only human, but he came back above my expectations too,” the coach said. “I was expecting much less.”

Neymar had replaced midfielder Fernandinho at halftime with the score at 0-0. He quickly made his mark and raised the hopes of Brazilian fans for the World Cup, which starts June 14.

Tite wasn’t getting carried away, though.

“Neymar is going to have ups and downs like he had in training until the third, fourth game (on his return). Then he will have his normal standard,” Tite said.

Brazil’s World Cup opener is on June 17 against Switzerland.

We’re HustleTweeting about the return of Neymar Jr and you’re more than welcome to join the conversation on the Hustle Twitter HERE and also on our hyper-interactive Facebook page HERE!