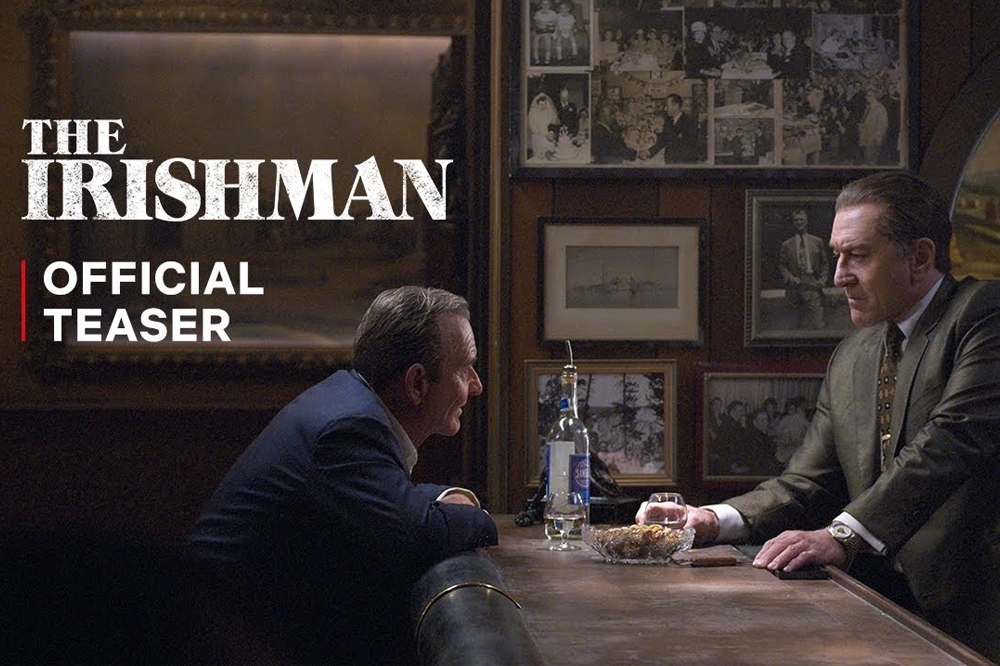 Netflix has released a teaser trailer for Martin Scorsese’s “The Irishman” and film buffs are going wild about it. The trailer offers us Al Pacino as Jimmy Hoffa, Joe Pesci as a shady character and Robert De Niro at his cold blooded best as The Irishman. The trailer also offers an early glimpse of the “de-aging” visual effects that are used to allow the characters portray younger and older versions of themselves. The technology for this process was provided by Lucasfilm’s Industrial Light & Magic, the company founded by “Star Wars” director George Lucas.

The film is based on the book “I Heard You Paint Houses” written by Charles Brandt and published in 2003.

The film spans decades as it portrays Sheeran’s life as a mobster, who may have played a role in Hoffa’s disappearance. It will be premiered as the opening night selection at this year’s New York Film Festival slated for Sep. 27 to Oct. 13, and released in cinemas and on Netflix’s streaming platform.

We’re HustleTweeting about “The Irishman” and you’re more than welcome to join the conversation on the Hustle Twitter HERE and also on our hyper-interactive Facebook page HERE!