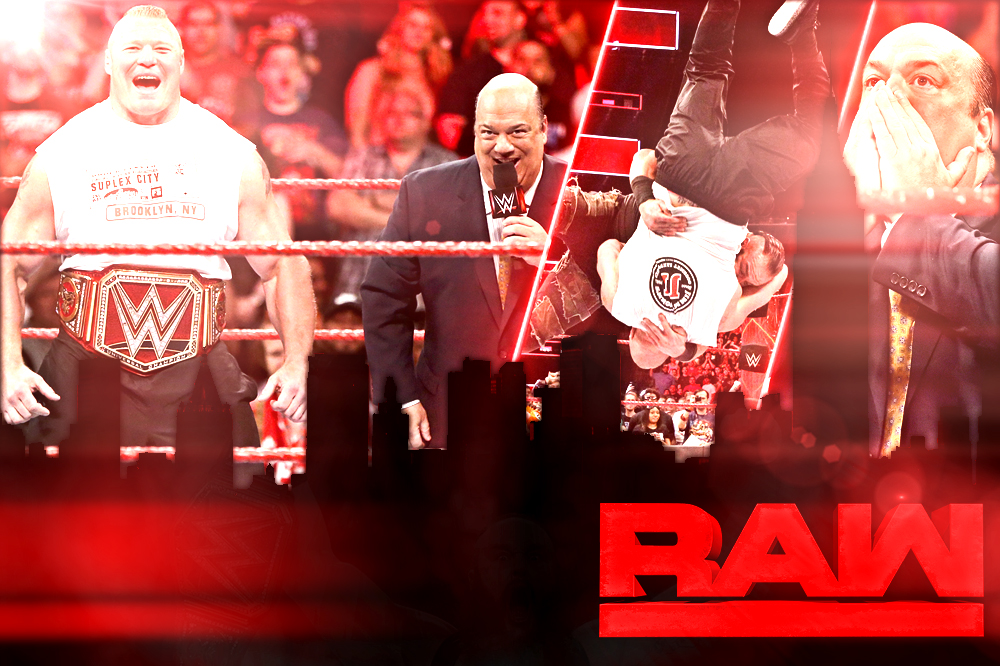 It was an electric crowd that welcomed Universal Champion Brock Lesnar and our boss, Brock’s Advocate Paul Heyman to the Barclays Center in Brooklyn, New York. And that electric crowd witnessed history as Braun Strowman made his intent clear. He wants to be the Universal Champion, and his desires in regards for that goal include the equation of Monster Slays Beast. According to WWE.com:

The Beast Incarnate managed to stave off The Gift of Destruction (and Roman Reigns and Samoa Joe) despite being put through two tables and buried under a third by Strowman at SummerSlam, but The Monster Among Men made it quite clear that the Universal Champion wasn’t out of the woods yet in Raw’s opening moments.

After Lesnar and Paul Heyman sufficiently crowed over the successful title defense, Strowman emerged and obliterated The Beast Incarnate without speaking a single word, preferring to let a pair of bone-jarring Running Powerslams and a pose with the Universal Title do all the talking necessary. Fittingly enough given the annoucnement later in the night, you could almost say he showed no mercy.