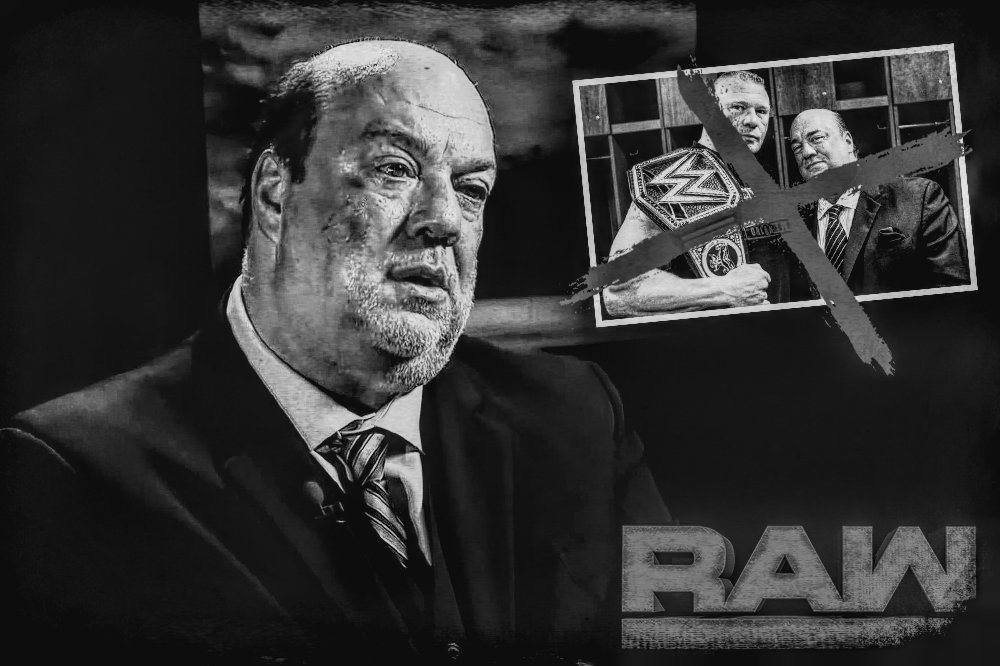 Our boss Paul Heyman was in Jacksonville, Florida for WWE Monday Night RAW and he delivered one of the most memorable interviews of his entire career. According to WWE.com:

Raw General Manager Kurt Angle spared Paul Heyman’s WWE job despite all the chaos last week, but the ECW mastermind might not have been so lucky when it comes to his job with Brock Lesnar. In a sit-down interview with Renee Young, a haggard, puffy-eyed Heyman was asked to clarify his business relationship with The Beast Incarnate, only to heavily imply that their partnership was done.

According to Heyman, The Conqueror has disconnected his phone and is refusing to take his longtime advocate’s calls; even though Heyman still considers Lesnar his friend, their “inconceivable” rift seems to have thwarted Heyman’s dream of riding into the sunset at Lesnar’s side with the Universal and UFC Heavyweight Championships in their war chest. As for SummerSlam, Heyman offered this insight: He’s never seen Brock Lesnar so motivated, Roman Reigns “doesn’t stand a chance,” and more than anything, the interview he had just sat for would do little more than make The Beast that much angrier.