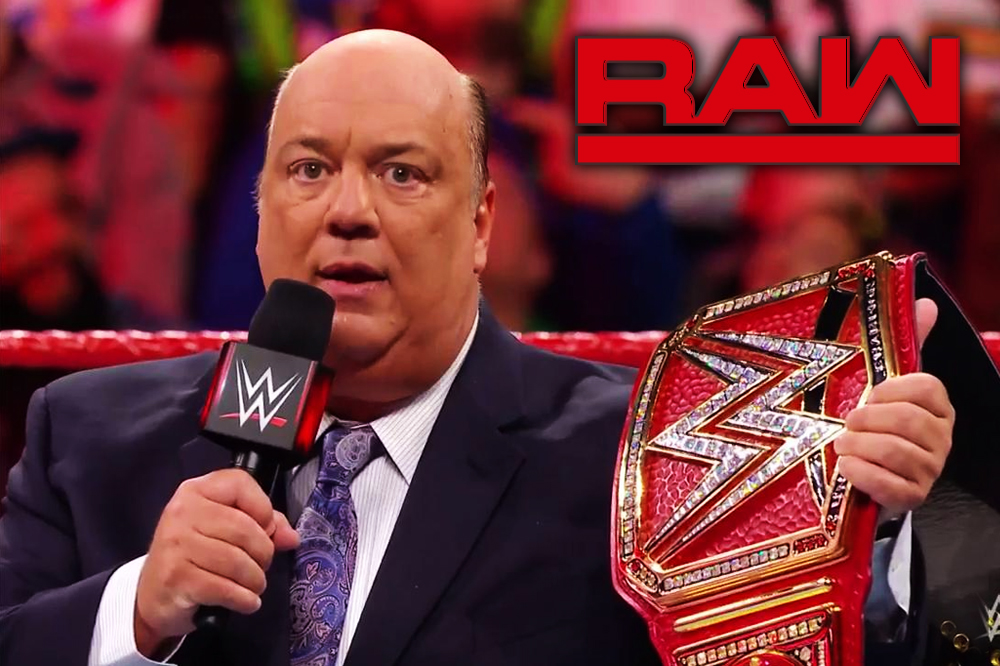 Brock Lesnar‘s Advocate (and our boss) Paul Heyman came out in the final segment on WWE Monday Night RAW from Milwaukee, Wisconsin … and laid out the case for what it means to have possession of the Universal Championship … only to be confronted by Roman Reigns. According to WWE.com:

Last week, Roman Reigns arrived on Raw and went in hard on an absentee Brock Lesnar after the Universal Champion no-showed his scheduled face-to-face with his WrestleMania challenger. If nothing else, The Big Dog seemed to slightly turn the tide of public opinion against The Beast Incarnate, but Paul Heyman, speaking for his client, proved to be entirely unconcerned with the opinions of the audience when he arrived to “set the record straight.”

The Advocate began by demonstrating his and Lesnar’s status by laying the Universal Title down on the mat and didn’t waste any time in rebutting Roman’s remarks about Lesnar’s schedule: According to Heyman, The Conqueror isn’t any less impressive of a competitor because of limited appearances, just like The Undertaker. Furthermore, Reigns would never acquire the title because it “belongs to Brock Lesnar” and, according to Heyman, The Big Dog will never put the needs of the title above those of the family he fights to represent.

He went to make his exit on an ominous note, promising that Lesnar would return to Raw next week where Roman could say (or attempt) whatever he wants. Reigns showed up unanounced, though, and demanded that Heyman pick the title up off the mat. He reiterated that the WWE Universe deserves a champion who appears and wants to appear and ended the evening with something that fell between a request and a command: That when Lesnar comes next week, he comes dressed for a fight.