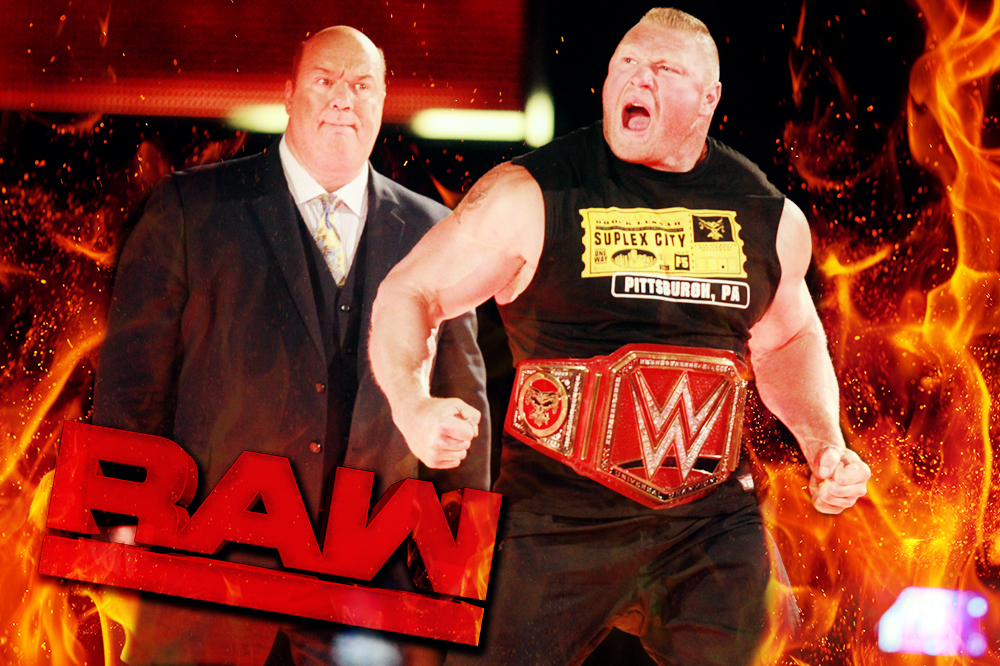 “If Brock Lesnar loses the Universal Championship at SummerSlam, he leaves WWE. And I’m leaving with him!”

And with that, our boss, Brock’s Advocate Paul Heyman changed the complexion of the Fatal Four-Way Match for the Universal Championship at WWE SummerSlam. According to WWE.com:

With his son thriving as a member of the Raw roster and a recent enshrinement in the WWE Hall of Fame, Raw General Manager Kurt Angle had a joyous, celebratory Pittsburgh homecoming. That is, for all of about two minutes until Brock Lesnar came calling.

The reason for the Universal Champion’s visit was to protest his Fatal 4-Way title defense against Roman Reigns, Samoa Joe and Braun Strowman at SummerSlam, but The Conqueror opted not to turn the Steel City into Suplex City. Instead, Paul Heyman — believing Angle only sanctioned the bout to put Lesnar in an unwinnable match — expressed his client’s displeasure by way of a monumental ultimatum: If Brock loses his championship at The Biggest Event of the Summer, he’ll leave WWE and take his advocate with him.