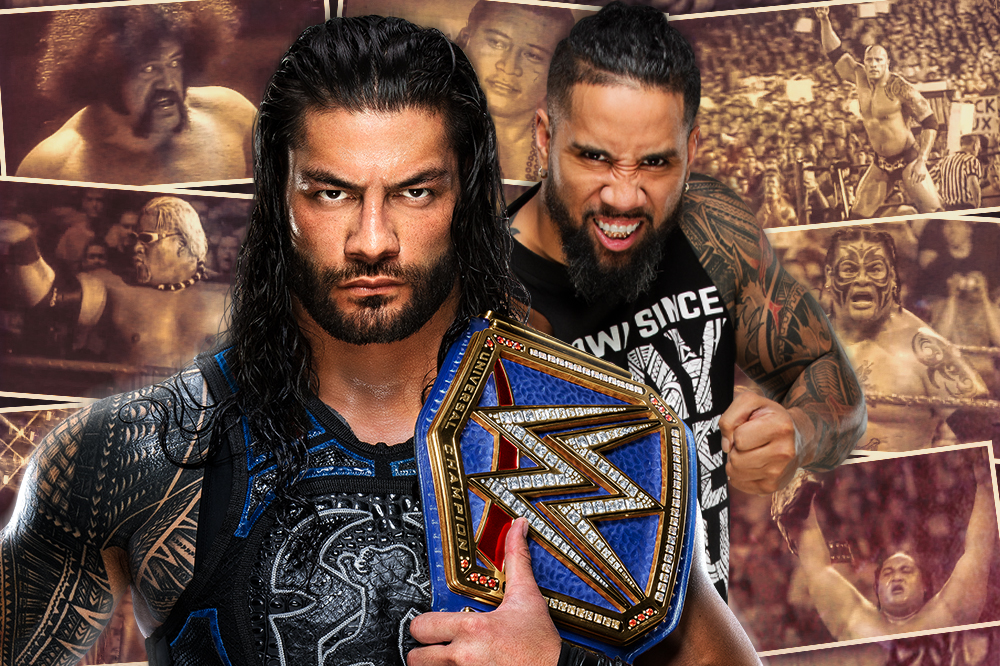 The Samoan Family Dynasty may be one of the all time greatest and most powerful legacies in the history of sports, entertainment and sports entertainment. There is no shortage of amazing footage that has been seen on television over the past 40 years. But the inside, personal photos and videos of Roman Reigns and Jey Uso have been closely guarded by the elders of the family.

In a stunning video presented during WWE Friday Night Smackdown on FOX, our boss Paul Heyman, who serves as Special Counsel to the Tribal Chief, Universal Heavyweight Champion Roman Reigns narrated the untold, behind the scenes and closely guarded secret story of the champ and his new number one challenger, who comes after the title at WWE Clash of Champions: Gold Rush on Sunday, September 27th.

We’re HustleTweeting about Roman Reigns vs Jey Uso, and you’re more than welcome to join the conversation on the Hustle Twitter HERE … on our ridiculously sensational Instagram HERE … or on our Facebook page HERE!