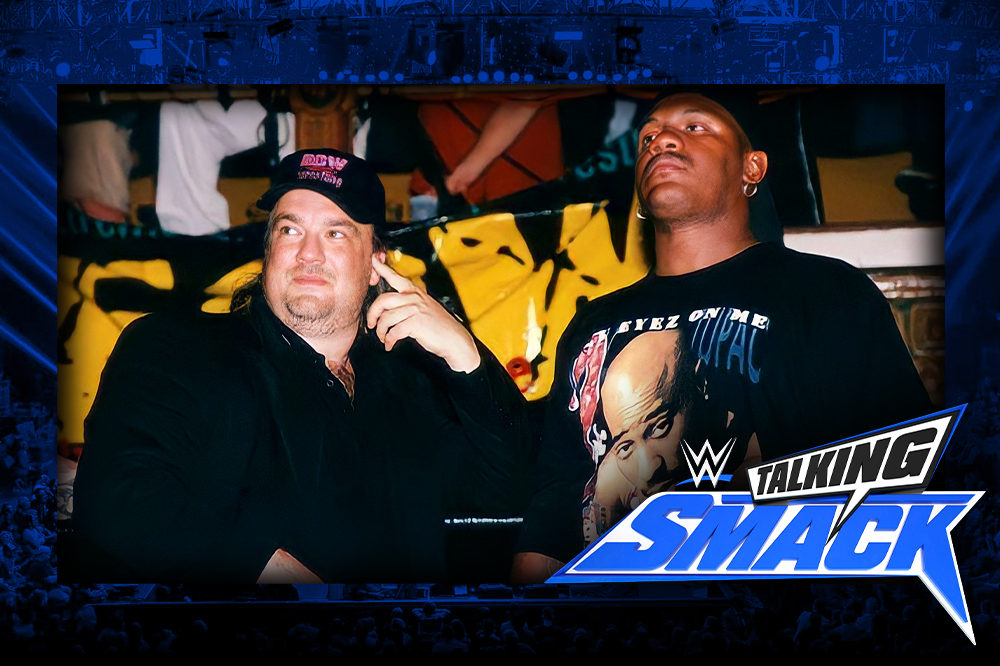 Our boss Paul Heyman is known to today’s sports entertainment fans as the #SpecialCounsel to WWE Universal Heavyweight Champion Roman Reigns and perhaps even as the #Advocate for Brock Lesnar.

But to a generation of fans, Paul was the pied piper of Extreme Championship Wrestling, the revolutionary, evolutionary, groundbreaking promotion in the 1990s that completely disrupted the entire industry.

The entire sports entertainment community was saddened to learn ECW Original New Jack passed away at the age of 58 on Friday. As this week’s WWE #TalkingSmack drew to a close, Paul said a few words about The Original Gangsta straight from the heart.

The video is available right here on this page.

I was asked before this show went on the air if I would like to say a few words about the passing of ECW Original, New Jack.
I avoid eulogies as best I can because anytime I’m faced with them, the first thing that comes to mind is, ‘Hey, this sucks, and there’s no good spin I can put on it.’

When I heard that New Jack had passed away, my hope was that New Jack had turned to his own wife and said, ‘Hey, I’d like to read my own obituary. Call a bunch of people, and tell them that I died. Everybody’s going to make a big fuss about it, and I’ll read about my own life.’ Then, at some point this weekend, they’d sell a bunch of t-shirts and he’d sit there and go, ‘Gotcha!’ Because that’s what New Jack would do.

And apparently, it’s not so … which sucks.

Usually, when we would pay tribute to somebody here in WWE, we’d show a lot of footage of that person, and to be blunt, we can’t show you a lot of footage of New Jack because he was THE most non-PG performer in sports-entertainment history. Because New Jack was a ‘gangsta.’ Everybody who was a fan of ECW, that came to see ECW, who watched ECW, knew that fact from the moment his music hit … and no … we never had the rights to use his music. Why? Because as an organization, we were ‘gangstas,’ and New Jack was the most ‘gangstas’ of all of us ‘gangstas.’

It’s over 20 years ago, and anybody that ever saw New Jack perform live, or heard him cut a promo, understood just how real he was. Jerome Young was quite an individual. And deep in his heart, he was every bit of New Jack that he could offer you.

I wish you all a most extreme weekend – ‘Gangsta style.’