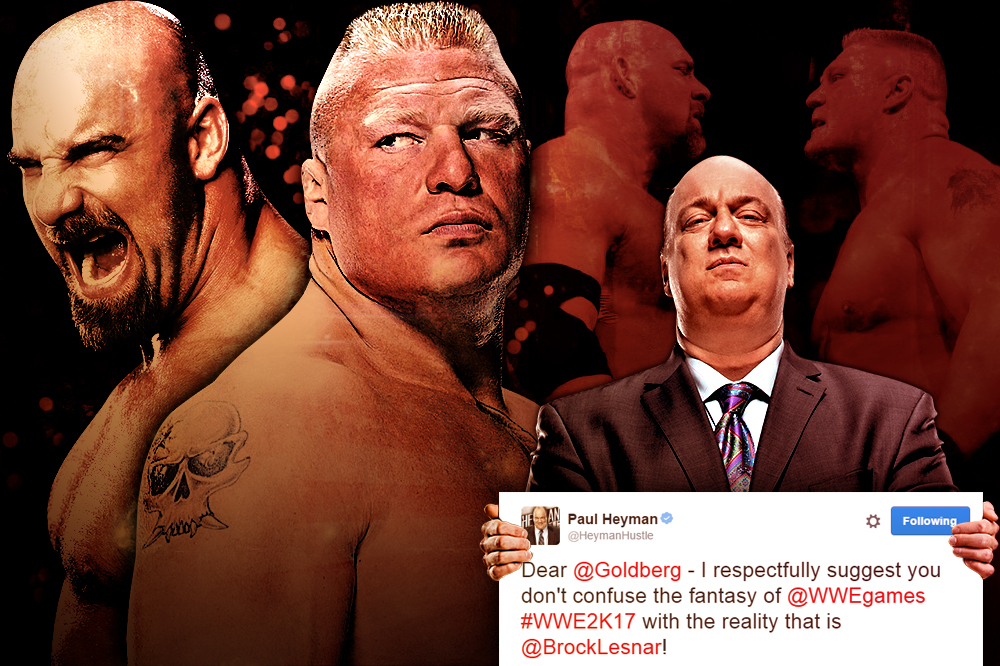 Dear @Goldberg – I respectfully suggest you don't confuse the fantasy of @WWEgames #WWE2K17 with the reality that is @BrockLesnar!

Brock Lesnar‘s Advocate, our boss Paul Heyman has issued a warning to Goldberg. According to WWE.com:

Goldberg’s message to Brock Lesnar Wednesday night on ESPN’s SportsCenter has not fallen on deaf ears.

After the legendary Superstar (and WWE 2K17 pre-order bonus character) identified The Beast Incarnate as the opponent he would most like to face should he return to the ring, Lesnar’s advocate, Paul Heyman, responded with a tweet today.

We’re HustleTweeting about WWE 2K17, Goldberg, Brock Lesnar and Paul Heyman, and you’re more than welcome to join the conversation on the Hustle Twitter HERE and also on our hyper-interactive Facebook page HERE!