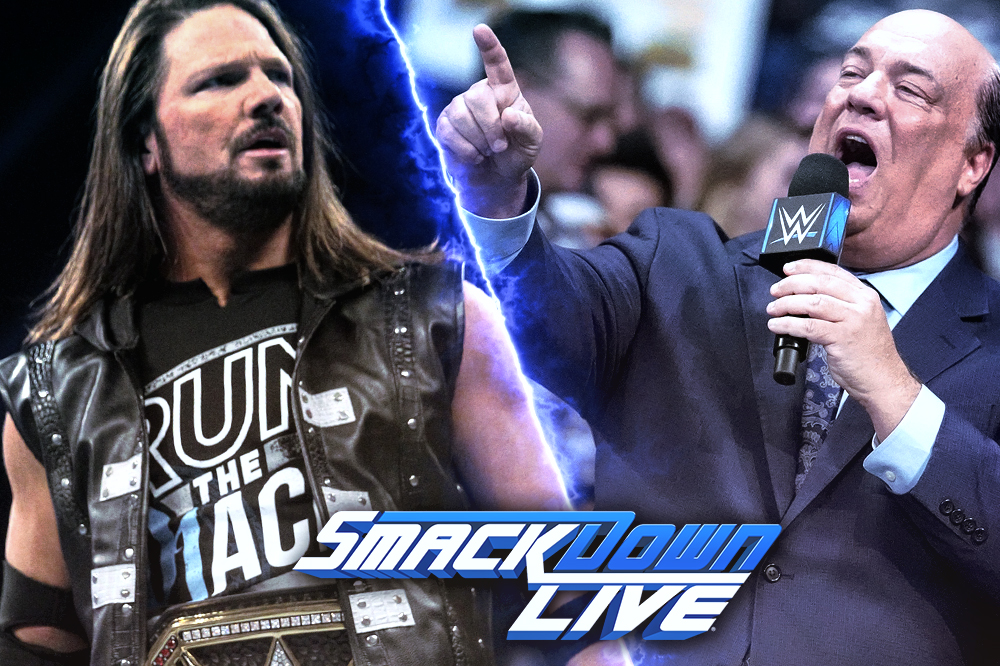 The night got off to an interesting start in St. Louis, Missouri this evening as WWE Champion AJ Styles kicked off the show discussing his impending showdown this Sunday against Universal Champion Brock Lesnar, only to have Brock’s Advocate (our boss) Paul Heyman show up looking for a microphone. According to WWE.com:

WWE Champion AJ Styles kicked off SmackDown LIVE looking ahead to his Champion vs. Champion rematch against Universal Champion Brock Lesnar this Sunday at Survivor Series, but before he could get too deep into his thoughts on his major match with Lesnar this Sunday, he was interrupted by Lesnar’s Advocate, Paul Heyman, who appeared near the timekeeper’s table.

Heyman insinuated that, for as great as Styles is, he isn’t quite at the level of Daniel Bryan and declared that he couldn’t wait for his client to step in the ring with the “second-best in-ring performer in WWE” this Sunday. The Phenomenal One refused to take the bait, suggesting that he tapped Bryan out in their WWE Title Match a few weeks ago and could very well do the same to The Anomaly at Survivor Series.

Clearly not thrilled with Styles bringing up his name for “no reason,” The “Yes!” Man hit the ring and very passionately proclaimed that he would punch Styles in the face if he said his name one more time. Welp, AJ said it, and Bryan punched away as promised, setting off a chaotic brawl. Shane McMahon and WWE officials dashed to the ring to break up the two Superstars, which they finally did after each man landed a few haymakers … but it was clear that the issue was far from resolved.