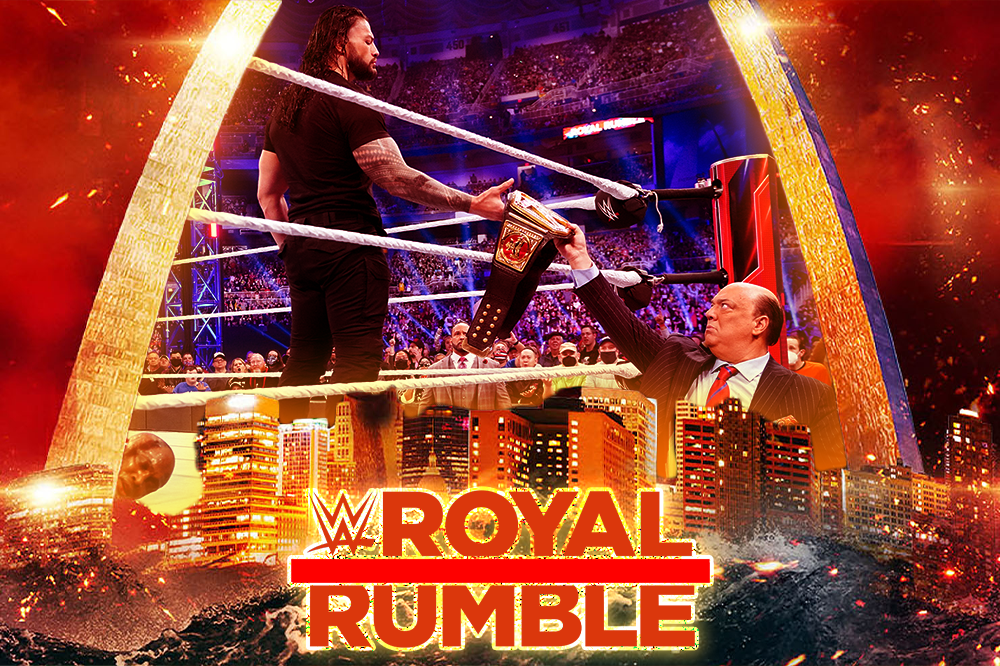 Bobby Lashley is the new WWE Champion, by virtue of his pinfall victory over Brock Lesnar at the 2022 Royal Rumble event, a victory witnessed by Lashley’s Hurt Business associate MVP and the entire WWE Universe, as Roman Reigns and Paul Heyman (our boss, Lesnar’s obviously-former #Advocate and apparently once again Reigns’ #SpecialCounsel) cost Lesnar the championship.

Bobby who? The new WWE Champion Bobby Lashley, that’s who.

Brock Lesnar will remember The All Mighty’s name and Roman Reigns’ underhanded tactics after Lashley defeated The Beast in an earth-shattering collision years in the making. The two heavyweights slugged it out in a knock-down, drag-out fight that nearly tore down The Dome in St. Louis, Mo.

The two former collegiate wrestling champions jockeyed for control, trading German Suplexes in the opening moments until Lashley delivered two crushing Spears back-to-back to push Lesnar outside the ring to catch his breath. The All Mighty stayed on the offensive, attempting to drive Lesnar through the barricade, but The Beast wisely side-stepped at the last second to send Lashley crashing into the timekeeper’s area.

After rolling Lashley back into the ring, Lesnar tossed Lashley across the ring with four straight suplexes, looking to finish it with an F-5, but The All Mighty reversed it to cinch in the Hurt Lock. Fading fast, The Beast rammed Lashley into the corner, sandwiching the referee before hitting him once again while F-5ing Lashley.

With the referee down for the count, Roman Reigns snuck into the ring to Spear Lesnar before turning his sights to Paul Heyman. The Wise Man then handed Reigns the WWE Championship, which he used to smash across the head of Lesnar, allowing The All Mighty to crawl on top for the cover as a new referee slid in to count the 1-2-3.

We’re HustleTweeting about Royal Rumble event, and you’re more than welcome to join the conversation on the Hustle Twitter HERE … on our ridiculously sensational Instagram HERE … or on our Facebook page HERE!