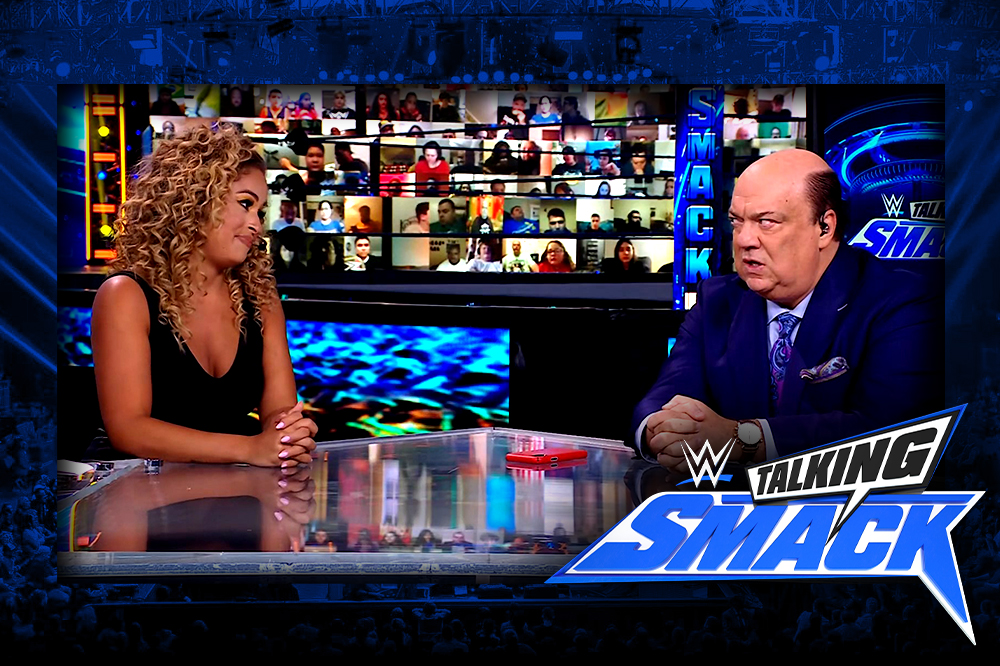 Even though The Tribal Chief was successful in driving Daniel Bryan off of Smackdown … and even authorized our boss, his #SpecialCounsel Paul Heyman’s DING DING DING 10 Bell Salute to the career of Bryan … it appears as though the tight knit circle around Reigns is a house divided.

From the return of Jimmy Uso and the emergence of Cesaro as a top superstar on WWE Smackdown, the winds of change may be blowing hard against Reigns’ championship run.

So much so, we need to add, that when Kayla Braxton pressed our boss on the issues at hand at the end of this week’s WWE #TalkingSmack, Paul had nothing to say.