Roman Reigns Defeats Daniel Bryan in Heavily-Hyped Title Match on WWE Smackdown with Serious Consequences ... But That's Not All 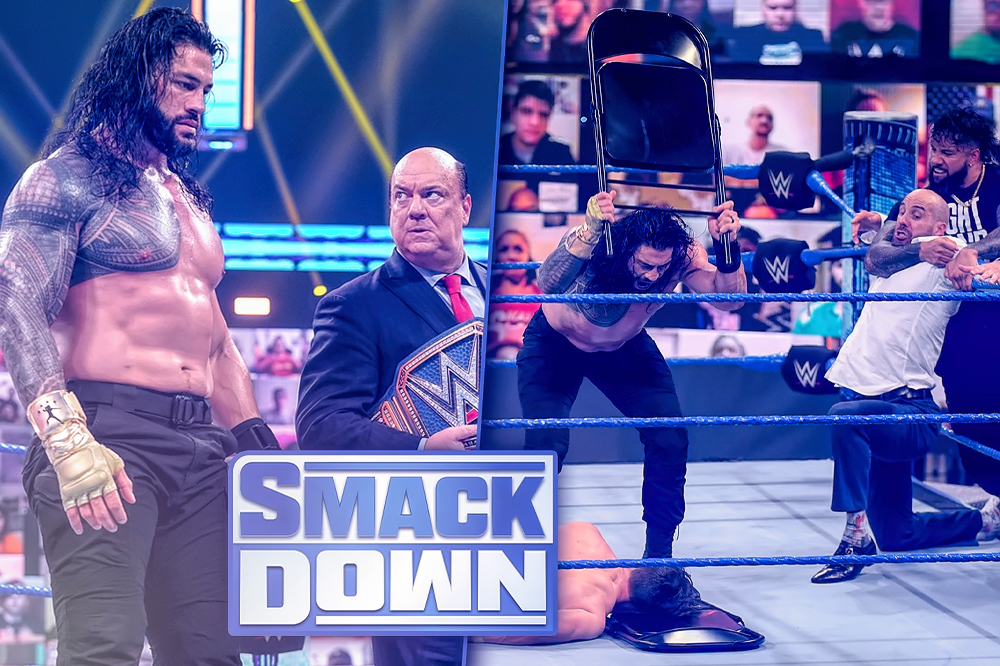 WWE #UniversalHeavyweightChampion Roman Reigns (along with our boss, his #SpecialCounsel Paul Heyman) continued his historic title run with his epic victory over Daniel Bryan last night on WWE Smackdown. As a result of the end of the match, in which Bryan passed out while caught in Reigns’ guillotine, Bryan is permanently barred from Smackdown.

But Reigns was not done.

With his Right Hand Man, cousin Main Event Jey Uso forcing Cesaro to watch, Reigns unmercifully smashed Bryan with a con-chair-to, ending The Yes Movement‘s rise to the top of Smackdown in a brutal, vicious fashion.

We’re HustleTweeting about Reigns vs Bryan, and you’re more than welcome to join the conversation on the Hustle Twitter HERE … on our ridiculously sensational Instagram HERE … or on our Facebook page HERE!