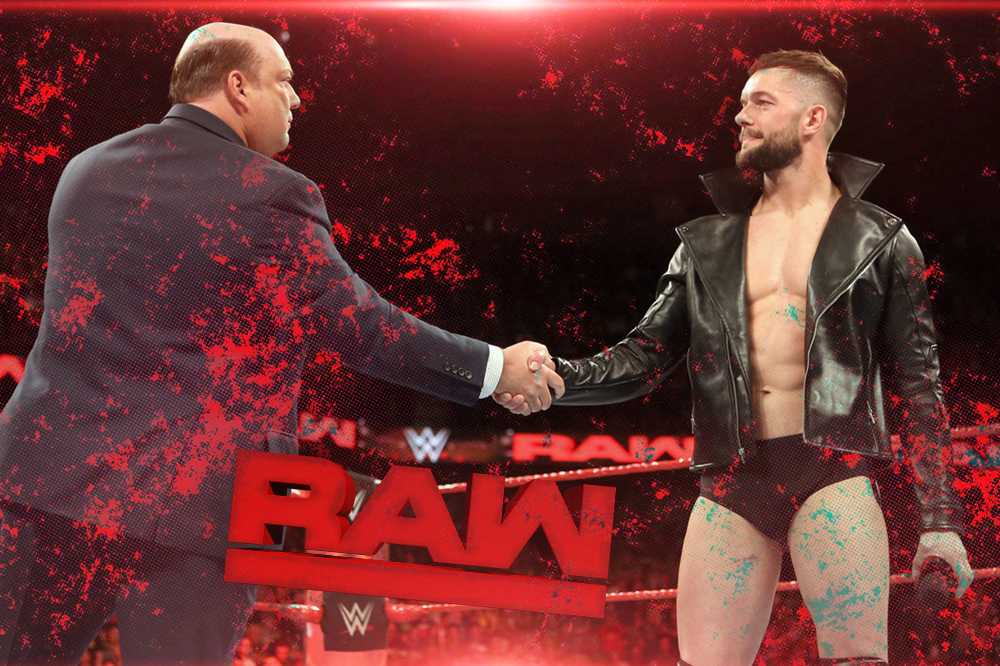 Our boss Paul Heyman made a surprise appearance on WWE Monday Night RAW, showing up as Finn Balor stood in the middle of the ring, explaining why he thinks he will the Fatal 5-Way Match at Extreme Rules in which the winner will go on to challenge Brock Lesnar for the Universal Championship at Great Balls of Fire.

Conspicuous by his absence in Raw’s opening four-way brawl was Finn Bálor, the fifth man in the high-stakes Extreme Rules Fatal 5-Way. But the Irish Superstar clearly caught the eye of one particular individual with a vested interest in the Fatal 5-Way: Paul Heyman.

The ensuing confrontation was, of course, a foreboding one, as Bálor will book a one-way ticket to Suplex City should he win the Fatal 5-Way and earn the right to challenge Heyman’s client, Brock Lesnar, for the Universal Championship. But an unusually complimentary Heyman admitted that, while he viewed the rest of the field as little more than prospective “victims” for Lesnar, the idea of the fearless Bálor challenging The Beast Incarnate had him “intrigued.” In fact, Heyman even went so far as to say that a Bálor victory was the outcome he was pulling for, wishing Finn luck on Lesnar’s behalf. Bálor responded by giving Heyman a message for The Conqueror in return: That he would indeed win the Fatal 5-Way and reclaim the Universal Title that he never lost.