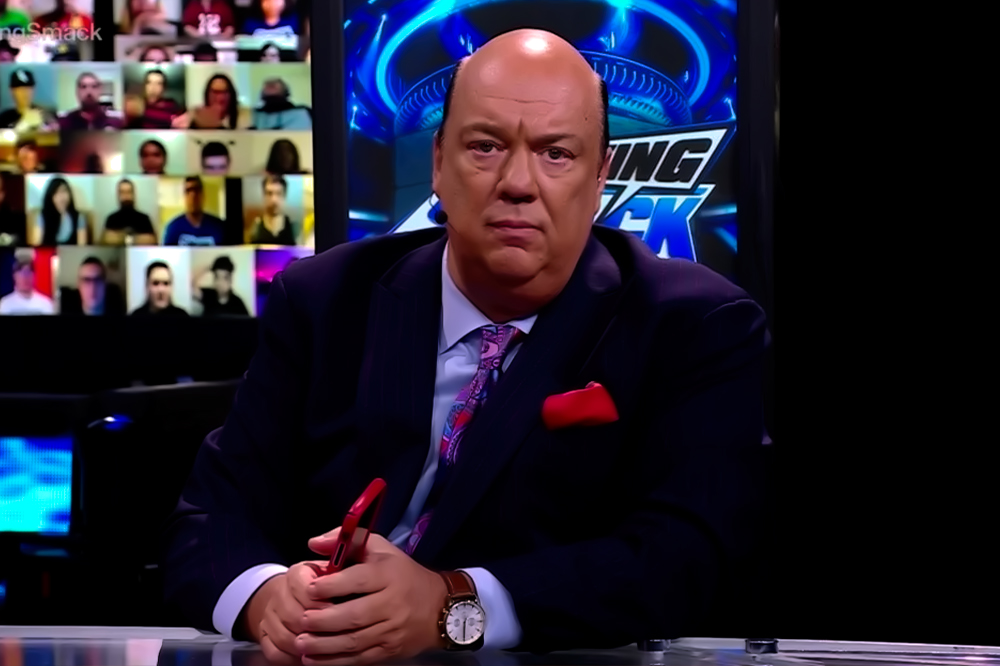 Even we who work with our boss Paul Heyman were floored by this interview conducted by Justin Barrasso of Sports Illustrated that discussed WWE‘s return to Madison Square Garden and the Roman Reigns – Paul Heyman – Brock Lesnar situation on Smackdown.

WWE returns to Madison Square Garden this Friday for SmackDown, a homecoming of sorts for the company.

Long known as the New York territory, WWE’s pièce de résistance for the past seven decades has been its shows at “The World’s Most Famous Arena.” Whether headlined by the great Bruno Sammartino, or later Hulk Hogan during the height of Hulkamania or Steve Austin flipping off the crowd at the peak of the Attitude Era, there has always been a distinct aura and mystique when WWE arrives at the Garden.

New York is the heartbeat of the United States, the same role the city plays for WWE. Though the company has recently run its premier New York events at the Barclays Center in Brooklyn, there is no comparison to a show at the Garden. So this particular SmackDown is especially meaningful for Paul Heyman, a born-and-bred New Yorker, even more so considering it takes place on the eve of the 20th anniversary of the Sept. 11 terror attacks.

“New York is a major part of my identity,” Heyman says. “When I was growing up, all I could envision was being a big shot in New York City. I didn’t know what the platform would be; I just knew New York was the central part of my dreams and what I wanted to do in life.

“People who live in New York will understand this—part of being a New Yorker is a sense of invulnerability. You’re from New York, the capital of the world. The universe. It’s the center of life. And you walk around as a New Yorker with a swagger that denotes, ‘Hey, I’m from New York,’ and that’s spelled Y-A-W-K. In many ways, the events of 9/11 pierced the soul of every New Yorker. It demonstrated how vulnerable we all are on this planet.”

Heyman’s friend Eric Sand was only 36 years old when he was killed in the attacks, leaving behind a wife and 18-month-old son.

“He was a gentleman and one of my best friends growing up,” Heyman says. “We went to Hebrew school together, and he later became the quarterback of the football team for my school’s rival. He worked for Cantor Fitzgerald, which was one of the top floors of the North Tower.

“He’d just started a family, and we were going to get together on September 12. Obviously, we never had that opportunity. I lost a lot of friends on 9/11. They were all criminal wastes of brilliant lives, and in Eric’s case, he was also someone’s son, someone’s husband and someone’s father.”

Heyman famously refers to himself as an advocate, and he is the most prominent and successful one in the storied history of professional wrestling. So when a special edition of SmackDown aired on Sept. 13, 2001, only days after the attack, Heyman did what he does best. On the air, sitting next to Jim Ross at the broadcast table, he advocated—opening his heart with unconditional love—for New York City.

“I didn’t know how to convey that on the air, and I didn’t know if it was my place to do so, but as a New Yorker, I felt obligated to identify myself—not only from the perspective of New York as a locale in which I reside, but also that deep down, the person you see talking at the moment is culturally, physically, spiritually a New Yorker at heart,” Heyman says. “I hardly remember anything about that night, other than the memory of Lilian Garcia singing. I don’t even remember what she sang, whether it was ‘God Bless, America,’ ‘America, The Beautiful,’ or the national anthem—I just remember she sang. When she was singing, she did it flawlessly. Her voice carried the emotion of the moment to such a degree that it moved me and woke me up. It also made me a complete emotional wreck.”

Heyman spoke on the air with unfiltered emotion, his words taking on extra meaning. Listening to his painful passion and angst helped put the moment in perspective, serving as a therapeutic moment for the audience.

“I can’t tell you one match that happened on that show,” Heyman says. “All I remember is the bolt that went through my system when I heard Lilian sing, which reminded me I had an obligation to deliver. Then I heard Jim Ross say, ‘Just follow my lead, kid, and you’ll be fine,’ which is the same thing he’d said to me during my first broadcast on Raw. Afterward, I can still remember Vince McMahon in my headset saying, ‘That was great. Now it’s time to entertain.’ From that point on, I hope J.R. and I did justice to the job for which we were tasked, but I don’t remember doing it all.”

This Friday’s SmackDown will also feature a collision between WWE universal champion Roman Reigns and the returning Brock Lesnar, two men whom Heyman knows better than most.

“You can expect history to play out in front of your very eyes on SmackDown,” Heyman says. “It’s going to happen as Brock Lesnar returns to television for the first time in 18 months. He obviously wants to make an impact in doing so, and we’ll see whether that impact is at the expense of the ‘Tribal Chief,’ the most dominant champion in the history of WWE, Roman Reigns. That’s the history we’ll see play out on Friday.”

Heyman will play an integral role in the Reigns-Lesnar confrontation, and he is grateful for that privilege. Twenty years have passed since the attack on Sept. 11. At the time, Heyman was only 35. He is grateful to still play an important role two decades later, and he refuses to forget those that were forever affected by the tragedy of that day. Returning to New York City, advocating in front of—and for—his home, Heyman acknowledges the privilege of returning to Madison Square Garden.

“Just walking into Madison Square Garden, even as a fan, is a humbling experience,” Heyman says. “To be part of the headline feature at Madison Square Garden—on this particular weekend, on this particular night—is so humbling that I don’t have the words to convey the enormity of the honor. I’ve spent my entire life articulating emotion to the masses so they can relate to it, and yet, I don’t have a proper description that would allow someone to grasp how all-encompassing this privilege and honor is.”

We’re HustleTweeting about this amazing interview, and you’re more than welcome to join the conversation on the Hustle Twitter HERE … on our ridiculously sensational Instagram HERE … or on our Facebook page HERE!