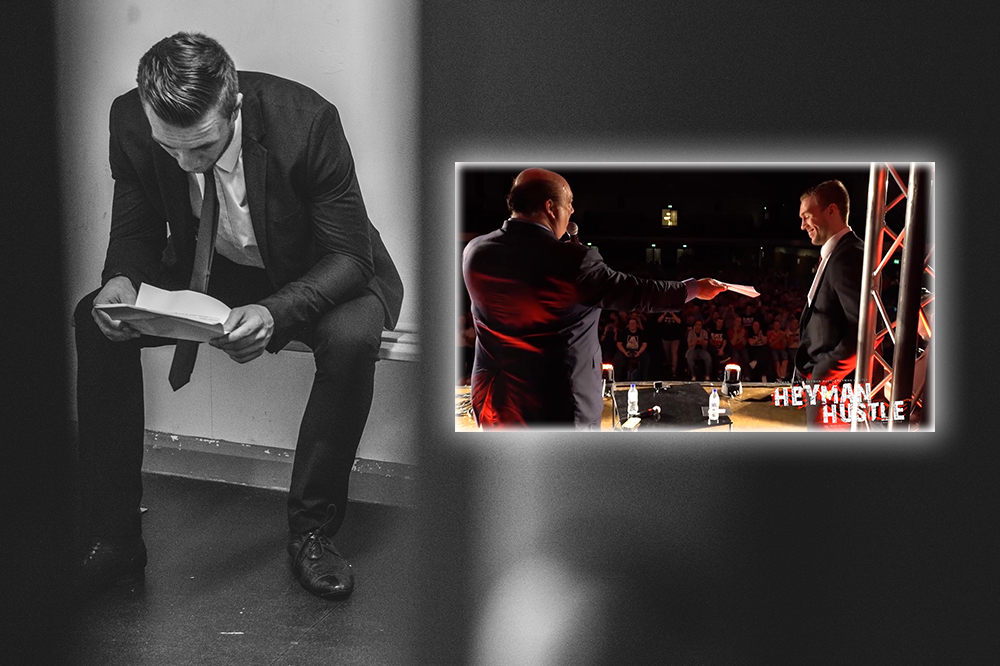 Paul Heyman kicked off his “Inside The Ropes” UK Tour in a big way as he presented British sensation Will Ospreay (currently tearing it up in New Japan Pro Wrestling) a two year contract with American-based progressive sports entertainment promotion EVOLVE. Our boss was sure to keep this a secret from everyone, including Inside The Ropes host Kenny MacIntosh and even our own documentarian Ary Dalton.

“Paul told me to get some shots of Will Ospreay in the crowd, and I figured it was because it’s so well known that Will Ospreay is the hottest free agent in all of sports entertainment,” Ary told us. “But Paul had a secret up his sleeve, and man oh man did he deliver when he presented Will Ospreay with a contract to wrestle for EVOLVE in the United States!”

EVOLVE is run by Gabe Sapolsky, who is protégé of Paul’s, as he was Paul’s right hand man in The Original ECW. We are HustleTweeting about Paul Heyman’s Contract Offer to Will Ospreay, and you are more than welcome to join the conversation on the Hustle Twitter HERE and also on our hyper-interactive Facebook page HERE!