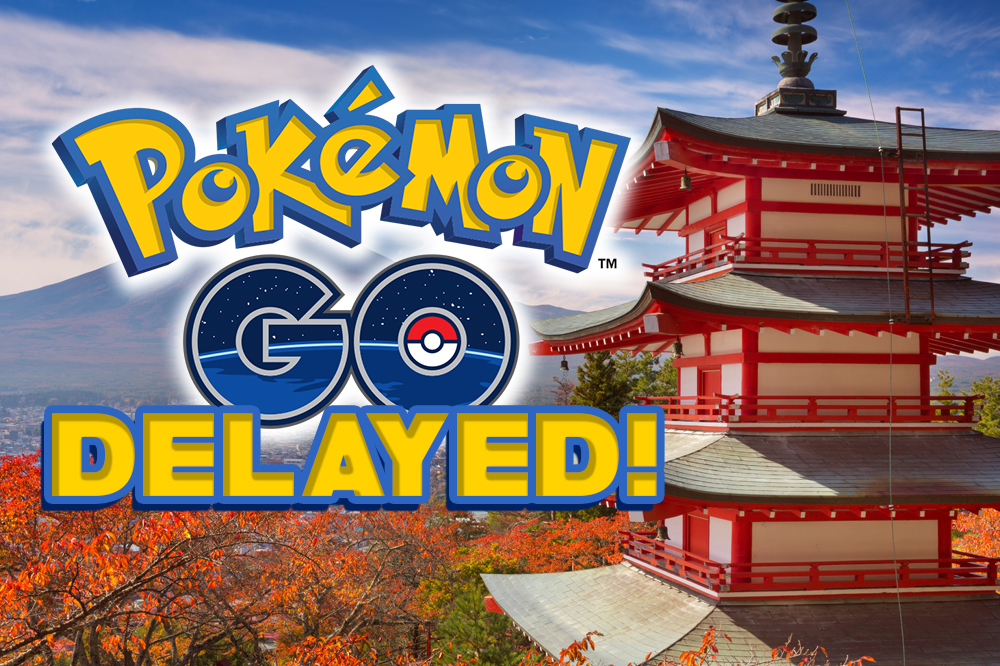 An email leak has caused the last-minute-delay of Pokémon Go‘s launch in Japan. Game-maker Niantic has confirmed the delay, as an internal communication from McDonalds Japan, the game’s sponsor, detailing the launch made its way to internet forums including 2ch, “Japan’s Reddit”) and photo site Imgur.

According to a report just posted on Tech Crunch, an initial morning launch time was pushed back to early afternoon as the email went viral. Later, however, the companies decided to cancel today’s launch entirely due to concerns that the hype generated would overload the game.

The postponement will frustrate many in Japan who are still waiting but, on the positive side, Niantic, Nintendo and the Pokémon Company (the three firms behind the smash game) are confident that, if the game is launched right, their servers can handle the undoubtedly huge demand that Pokémon Go will generate in Japan. Ninatic CEO John Hanke previously cautioned that the company needed time to ensure it had enough servers to cope with a deluge of Pokémon addicts in Japan.

The delay means also that we will have to wait to see the impact of the first “sponsored location” in the game. McDonalds has agreed to become the first paying sponsor, turning its 3,000 stores in Japan into “gyms” where players can battle, adding a new source of revenue to the game beyond its already lucrative in-app purchases and potentially driving real-world traffic to McDonalds stores. That’ll be a partnership to watch since there are plans to offer sponsored locations in other parts of the world.

The success of Pokémon Go is unprecedented. Just two weeks after its U.S. debut, it has reportedly passed 30 million downloads and $35 million in revenue, and surpassed Twitter on active users and Facebook on engagement. That has doubled the valuation of Nintendo … yes, in just two weeks … and all without launching in Japan, the home of Pokémon, yet.

Of course, we’re HustleTweeting about Pokémon Go, and you’re more than welcome to join the conversation on the Hustle Twitter HERE and also on our hyper-interactive Facebook page HERE!