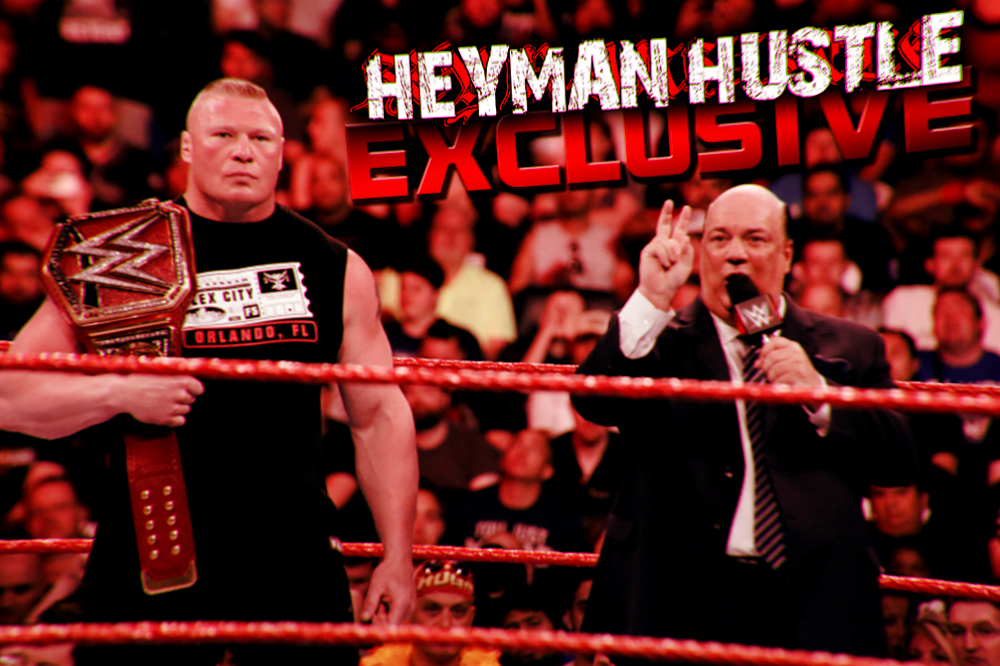 Veteran sports entertainment photographer Bob Mulrenin submitted these photos EXCLUSIVE for The Heyman Hustle of WWE Universal Champion Brock Lesnar and his advocate, our boss Paul Heyman from the Monday Night RAW which took place the day after WrestleMania. According to Bob, “while Brock Lesnar has been champion before … in fact, it feels like he’s been a champion of some sorts his entire life … this really felt like a new era had been ushered in!”

We’re HustleTweeting about Brock Lesnar and Paul Heyman, and you’re more than welcome to join the conversation on the Hustle Twitter HERE and also on our hyper-interactive Facebook page HERE!