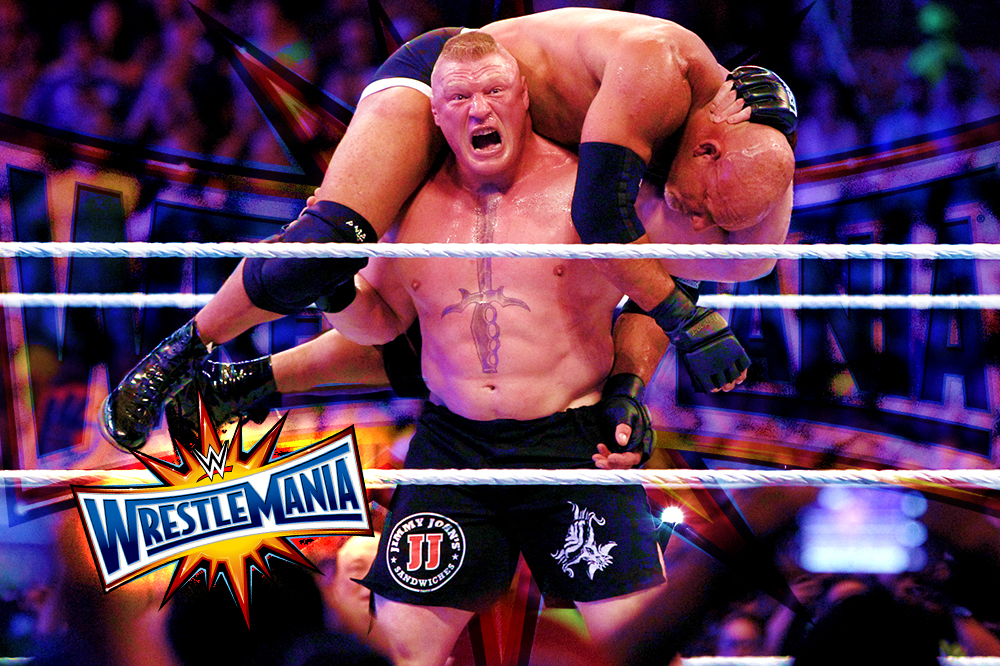 Brock Lesnar is WWE‘s new Universal Champion, having conquered Goldberg at WrestleMania 33 in Orlando, Florida. Our boss, Brock’s Advocate Paul Heyman had called it a “spoiler” and indeed, Paul’s words came true. According to WWE.com:

Brock Lesnar has conquered the Universe.

The Beast Incarnate disposed of his most persistent foil at WrestleMania, ending Goldberg’s miraculous comeback run to take the Universal Championship off the waist of the iconic Superstar and install The Beast Incarnate at the mountaintop for the first time since 2015.

It didn’t look like it was headed that way at first, though. Lesnar took Goldberg to Suplex City with three Germans instantly, but the champion stood right back up and responded with two huge spears. When Brock rolled to the outside to escape Goldberg, he was driven through the barricade with a third spear.

Back in the ring, Brock attempted an F-5, but Goldberg escaped and hit yet another spear. Goldberg then connected with the Jackhammer — a finishing maneuver that has felled hundreds of men — yet, miraculously, Lesnar kicked out. The Universal Champion was clearly stunned and things were never the same after that.

Goldberg charged for another spear and Brock leaped clean over him, leaving the Universal Champion to plow headfirst into the ring post. The Beast re-opened the gates of Suplex City and took Goldberg on an all-access tour, administering not one, not two, not three, not four, not five, but six German suplexes before capping off the annihilation with an F-5 from which Goldberg could not recover.

In other words: F5 = Lesnar goes up, down goes Goldberg. And for Brock, only one question remains: Who’s first?