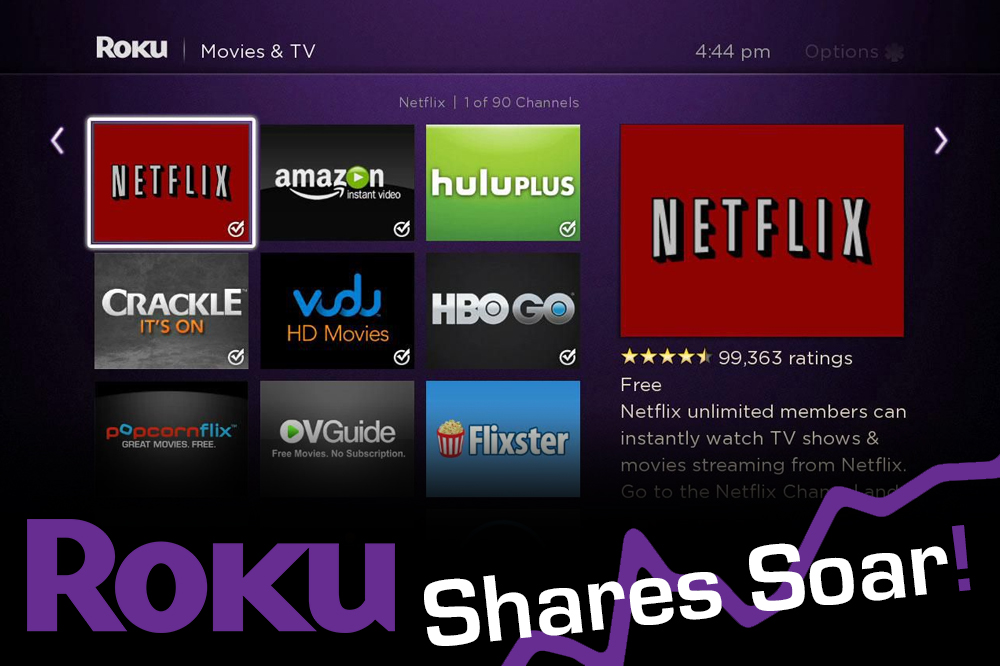 The streaming company Roku had a strong first day of trading, with their shares soaring 68% and closing at $23.50, boosting the its market capitalization to $369 million.

On Wednesday night, Roku priced its IPO at the top of the range it had originally specified, $12 to $14 per share, aiming to generate more than $200 million with the offering. By the opening bell, pre-session demand had nudged the stock to $15.76.

Roku was founded in 2002 and has long been admired by even staunch rivals for having crafted perhaps the most elegant user interface in the streaming game. Founded by Anthony Wood, the “father of the DVR” who still leads the company as CEO, Roku has more than held its own against tech behemoths Apple, Google and Amazon.

Some investors point to cautionary tales like Blue Apron, Snap Inc. and FitBit, whose stocks initially flew high before falling to earth. Tech IPOs, though more viable than in 2016, have not fared very well of late. Complicating the picture, the path of an independent hardware maker is a difficult one in today’s hothouse environment, where supply chains have to change on a dime to meet consumer whims and where scale remains all-important.

Roku, however, has managed to deftly navigate the turbulent landscape, wisely branching out from the revenue from its streaming sticks and boxes … which is still three-quarters of total sales … into areas like advertising and licensing. The success of its interface has enabled it to strike lucrative partnership deals with TV manufacturers who make co-branded sets.

We’re HustleTweeting about Roku, and you’re more than welcome join the conversation on the Hustle Twitter HERE and also on our hyper-interactive Facebook page HERE!