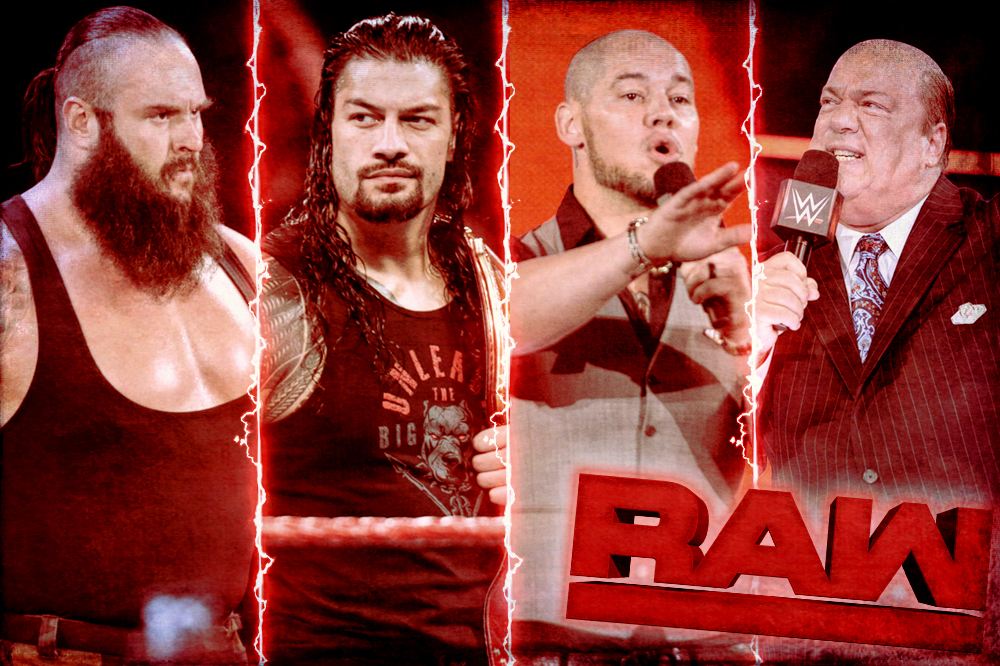 After the shocking turn of events last night at WWE Hell in a Cell, WWE Universal Champion Roman Reigns came out to the ring at the very top of Monday Night RAW and called out Brock Lesnar.

This brought out Braun Strowman,who also called out Brock Lesnar.

And this brought out our boss, Brock’s Advocate Paul Heyman to WWE.com:

Things got complicated inside Hell in a Cell last night, as the unexpected arrival of a bearded, furious Brock Lesnar threw the Universal Title main event into such chaos that it ended in the first-ever no-contest ruling to occur inside the structure. So, understandably, everyone involved was demanding satisfaction on Raw.

Universal Champion Roman Reigns wanted a piece of Lesnar. Jilted challenger Braun Strowman demanded another opportunity at the title. And Acting General Manager Baron Corbin opted to split the difference, sanctioning a Triple Threat title match between Reigns, Strowman and Lesnar for WWE Crown Jewel, the return to Saudi Arabia that will occur on Friday, Nov. 2.

Strowman was irate after the announcement. Paul Heyman, who appeared after the declaration (along with with the Hell in a Cell door Lesnar kicked in), was thrilled since his client now has another opportunity to raise his stock in advance of any UFC plans. Reigns was less than impressed with Corbin’s maneuvers as well, but The Lone Wolf reassured the champion that he might not have to worry about it: Given that the GM had seen Reigns’ injury report, he was more than happy to capitalize on the champion’s wear and tear, sanctioning a title bout for tonight between The Big Dog and … himself.

Of course, we’re HustleTweeting about WWE Crown Jewel from the Kingdom of Saudi Arabia, and you’re more than welcome  to join the conversation on the Hustle Twitter HERE and also on our hyper-interactive Facebook page HERE!