Roman Reigns Explodes and Asserts His Dominance on WWE Smackdown 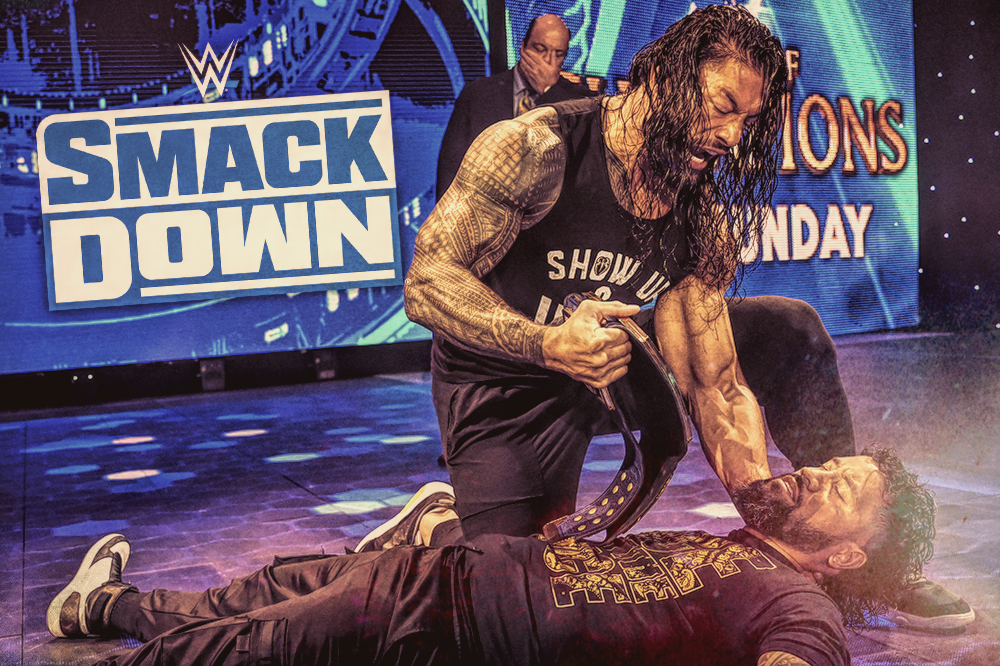 WWE Friday Night Smackdown on FOX was the scene of an explosion by Universal Champion Roman Reigns, who tried to explain to his cousin Jey Uso the weight, the pressure, the responsibility of being the title holder ahead of their match at Clash of Champions this weekend.

THE SAMOAN FAMILY DYNASTY TALKS ABOUT REIGNS VS USO!

We are HustleTweeting about Roman Reigns on WWE Friday Night Smackdown on FOX, and you’re more than welcome to join the conversation on the Hustle Twitter HERE … on our ridiculously sensational Instagram HERE … or on our Facebook page HERE!