Roman Reigns Lays Down the Law on WWE Smackdown 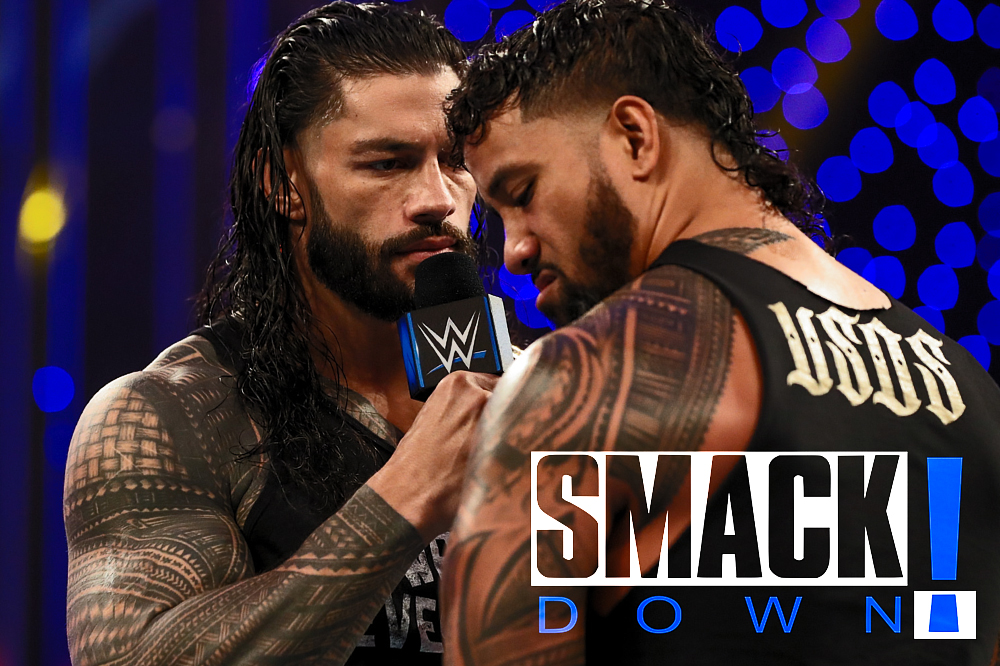 WWE Universal Heavyweight Champion Roman Reigns (along with his Special Counsel, our boss Paul Heyman) told Jey Uso that Uso, his very own first cousin, had no choice but to “fall in line” after Reigns defeated Uso inside Hell in a Cell this past Sunday night.

After saying “I Quit” in the final moments of the absolutely brutal Universal Championship Hell in a Cell “I Quit” Match, Jey Uso reluctantly stood in the center of the ring and waited for Roman Reigns to kick off SmackDown.

Jey showed resistance to Reigns, hesitated to comply with the very serious consequences and screamed that he hated Reigns, but The Big Dog promised that he would fall in line by the end of the night.