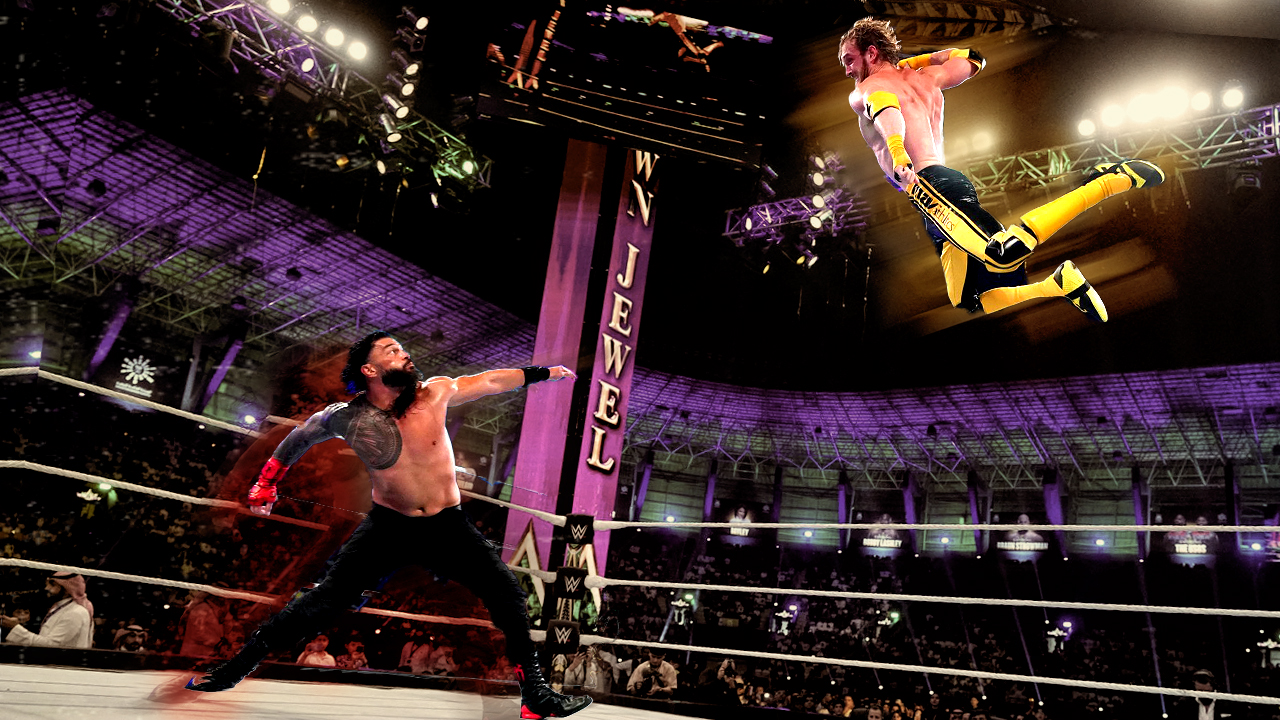 The Bloodline dominated WWE Crown Jewel, as not only did The Usos retain the Undisputed Tag Team Championship, but the Head of the Table, the Tribal Chief Roman Reigns defeated Logan Paul in one of the most shockingly epic title matches in WWE history.

Logan Paul made a grand entrance, dropping down on a massive podium before heading to the ring.

The two started off tensely, with Roman Reigns taking his time in his beatdown of the maverick.

Paul fought back with a superb clothesline that left Reigns down for a close two-count. Reigns called out YouTube stars as he had a crossface locked on The Media Megastar before Paul rallied by delivering a gut-wrench suplex.

Paul had been training with Shawn Michaels ahead of the match and emulated the two-time WWE Hall of Famer by tuning up the band. The Sweet Chin Music attempt was not so sweet, however, as the Undisputed WWE Universal Champion turned it around by planting Paul with a uranage.

Paul nearly shocked the world when he landed his one lucky punch followed by a Superman Punch, but Reigns was able to survive.

In shades of his win over The Miz at SummerSlam, Paul once again flew through the air, smashing Reigns with a frog splash through a table. This led to The Usos coming out to check on Reigns before pummeling Paul’s entourage with superkicks.

Logan’s brother Jake Paul came down to the ring, hitting both Usos with his powerful right hand. A huge frog splash from Logan Paul to Reigns couldn’t seal the deal, and Solo Sikoa hit the ringside area and started barking back and forth with Jake Paul.

During the commotion outside the ring between The Bloodline and the Paul brothers, Reigns recovered and nailed Logan Paul with a Superman Punch followed by a thunderous Spear to continue his legendary reign.