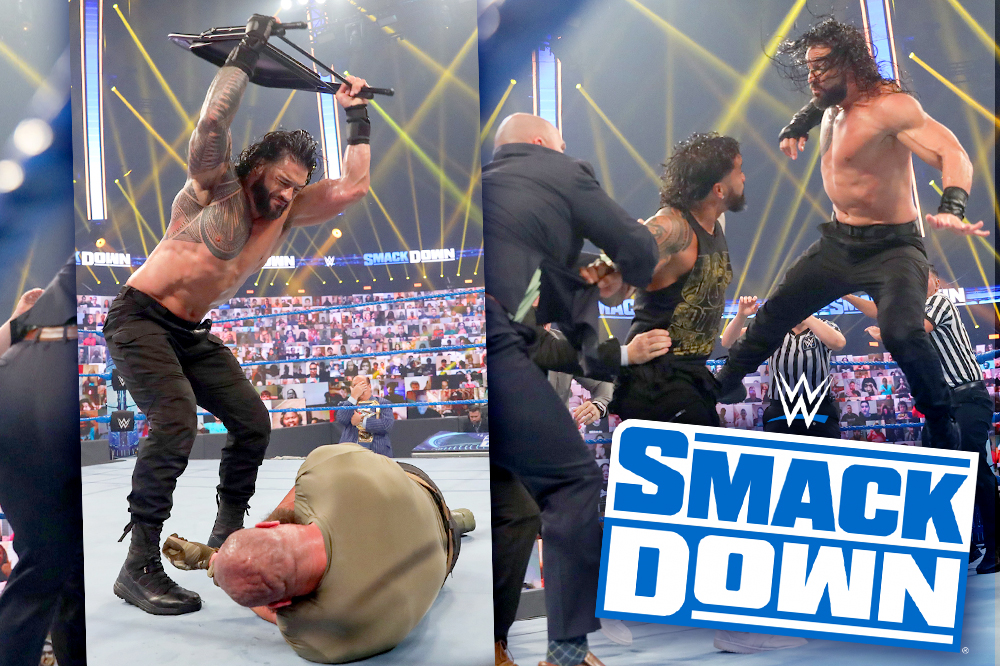 The FOX Network was buzzing last night, as WWE Universal Heavyweight Champion Roman Reigns (along with his Special Counsel, our boss Paul Heyman) defended his championship on the season premiere of Friday Night Smackdown.

Roman Reigns and Braun Strowman closed the SmackDown season premiere with a larger-than-life Universal Title showdown. The Strowman Express was rolling early as the Goliath pounded Reigns over the barricade outside the ring. In shades of his showdown with Jey Uso at WWE Clash of Champions, Reigns drilled Strowman with a low blow while kicking out. Reigns pounced on Strowman and squeezed the life out of The Monster with a vicious guillotine hold to force the tapout.

After the match, Jey Uso announced his presence, as the Hell in a Cell matchup between the two looms just over a week away. The Tribal Chief used the opportunity to send a message to his cousin by annhilating the battered Strowman with a punishing Spear and steel chair smashes. In a stunning move, Reigns offered Uso the steel chair to deliver his own strike back. After some hesitation, Uso leapt at Reigns, but the Universal Champion shook off the initial attack and left his WWE Hell in a Cell opponent laid out from a Superman Punch.