Ronald is Being Temporarily Shunned By The McDonald Family 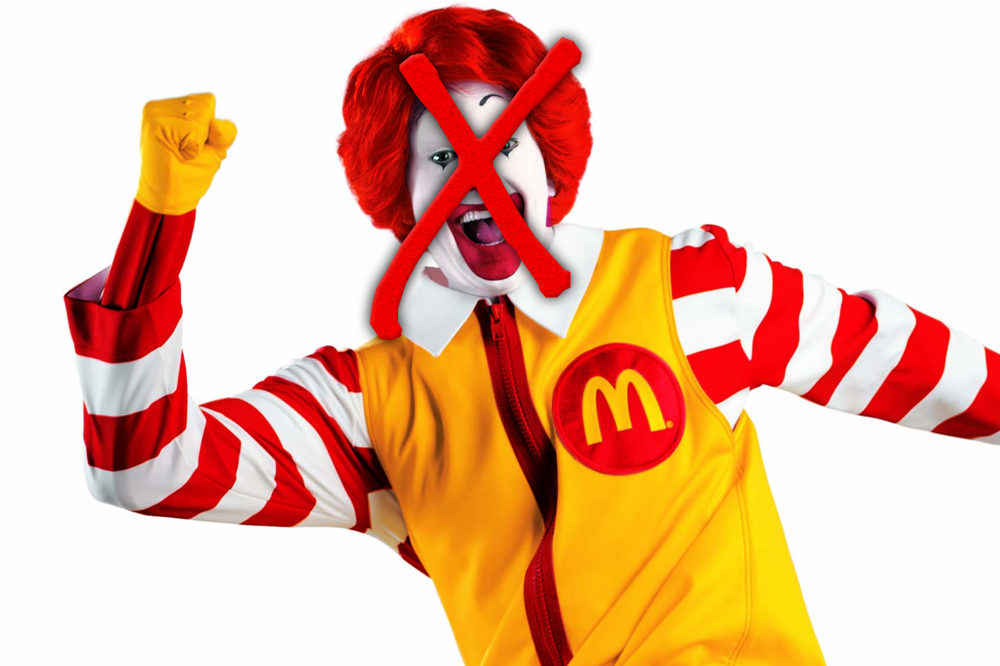 McDonald’s has confirmed the corporate decision to have its iconic clown mascot, Ronald McDonald simply go away until the creepy clown craze in the United States dies down. According to the Associated Press, the fast food giant said the move was “thoughtful in respect to Ronald McDonald’s participation in community events” as a result of the “current climate around clown sightings in communities.”

Sightings of creepy clowns have been on the rise and have spread to more than two dozen states since late August when reports surfaced that clowns were trying to lure children into the woods in South Carolina. Police in other countries like England and Canada have also had to investigate multiple reports of scary clown sightings.

We’re HustleTweeting about McDonald’s, and you’re more than welcome to join the conversation by following the Hustle on Twitter HERE or by hitting LIKE on our hyper-interactive Facebook page HERE!