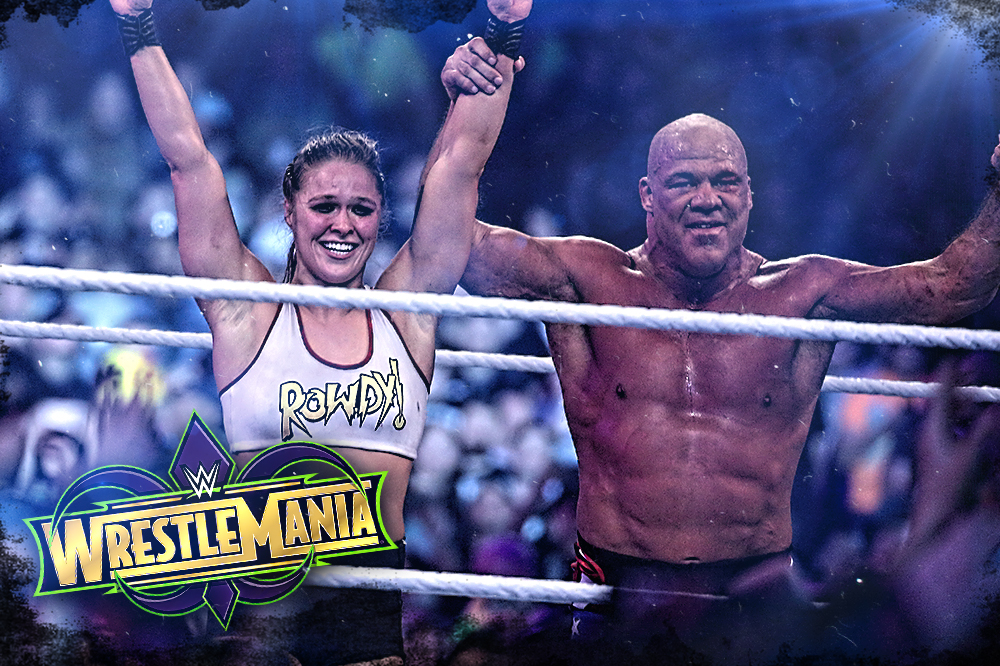 Rowdy Ronda Rousey has made her official in-ring debut for World Wrestling Entertainment, forcing RAW Commissioner Stephanie McMahon to tap out to … what else? … an arm bar in the match that many feel stole the entire show last night at WrestleMania 34. Rousey and fellow Olympian Kurt Angle triumphed over McMahon and WWE COO Triple H in an epic encounter for the ages. The Heyman Hustle‘s very own Bruno Silveira was on hand to provide EXCLUSIVE photo coverage of the historic event.

We’re HustleTweeting about Rowdy Ronda Rousey and Kurt Angle vs Stephanie McMahon and Triple H at WrestleMania 34, and you’re more than welcome to join the conversation on the Hustle Twitter HERE and also on our hyper-interactive Facebook page HERE!