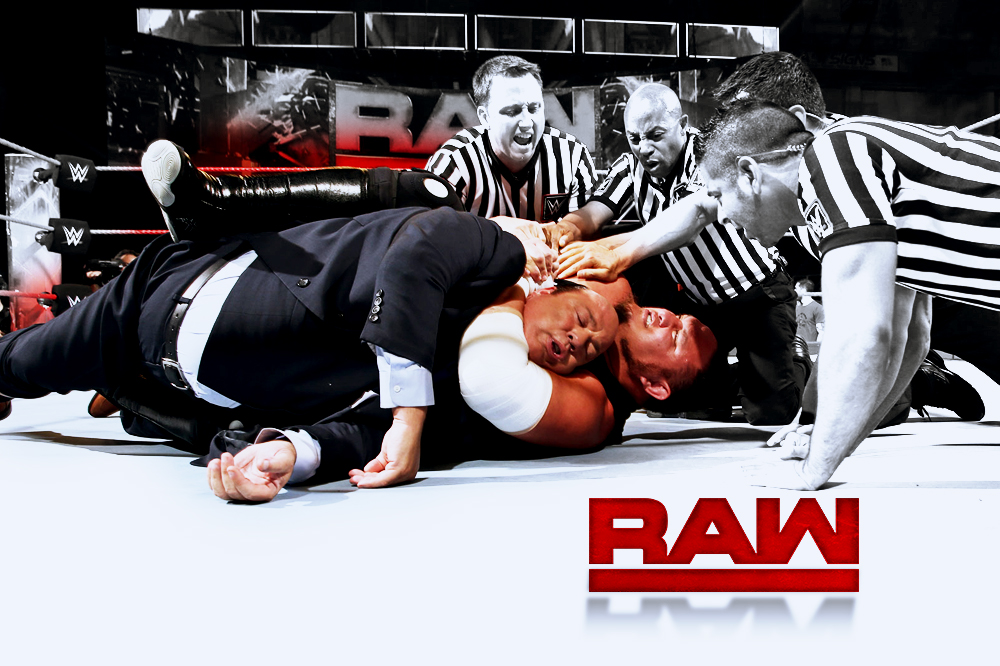 The Number One Contender Sends a Direct Message to Brock Lesnar!

Samoa Joe had the biggest night of his entire career on WWE Monday Night RAW as he shockingly choked out our boss, Brock Lesnar‘s Advocate Paul Heyman, as Lesnar vs Joe is now guaranteed to be an all out war at WWE Great Balls of Fire on Sunday, July 9th from the American Airlines Arena in Dallas, Texas.

Brock Lesnar’s first Universal Title defense is set for the WWE Great Balls of Fire pay-per-view, and goodness, gracious, it is going to be a good one, especially since Samoa Joe began his No. 1 contendership in earnest by crossing what has typically been Lesnar’s red line over the last few years: He assaulted Paul Heyman.

The Advocate initially came to the ring during Joe’s address to tell the No. 1 contender that, despite Joe being a “worst-case scenario” for Lesnar, The Beast Incarnate would be victorious in their title match. Heyman delivered a sportsmanlike handshake and that appeared to be that … at least for a few seconds.

Joe replied by cornering Heyman and narrating, moment-by-moment, what was going to happen in the forthcoming Coquina Clutch, ultimately demanding that Heyman describe the feeling of the maneuver to Lesnar, whose absence “disappointed” the No. 1 contender.

Lo and behold, Joe made good on his word and put Heyman to sleep, and while the crowd chanted “We want Brock!” as The Advocate slipped into unconsciousness, Joe grabbed hold of the mic and delivered an ominous reply: “So do I.” Luckily for Joe, The Conqueror himself will be at Raw next week, but he might regret getting what he wished for.