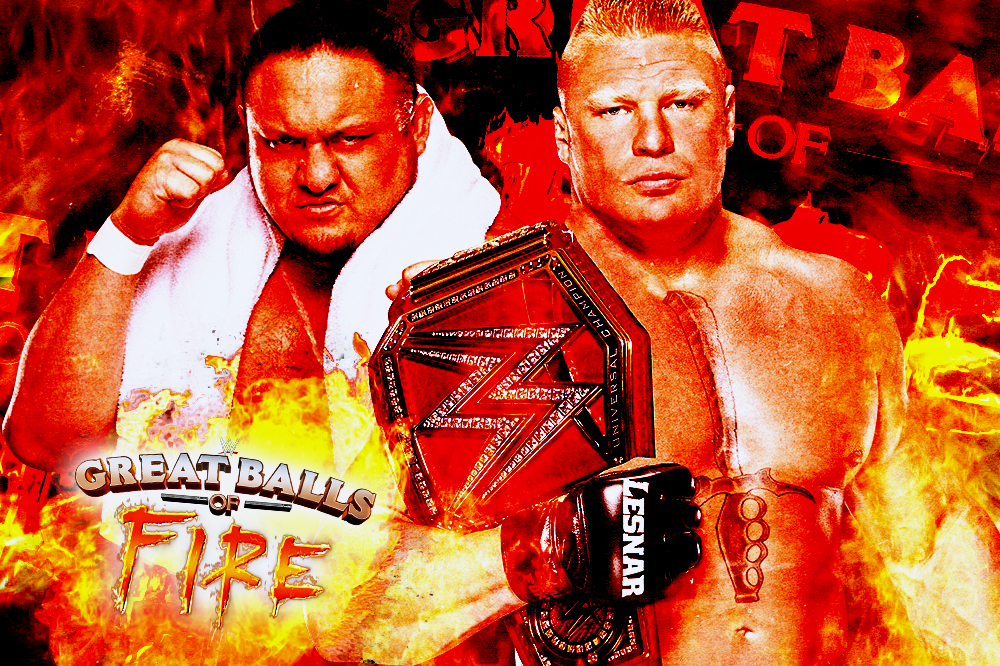 Samoa Joe will be 1st challenger for Brock Lesnar‘s Universal Championship, by virtue of his victory in the Fatal Five-Way Match at WWE Extreme Rules.

Samoa Joe entered the Extreme Rules Fatal 5-Way No. 1 Contender’s Match as the only Superstar in the bout who hasn’t won a World Championship in WWE. He ended the night standing tall above four elite Raw Superstars with an opportunity against Universal Champion Brock Lesnar looming at WWE Great Balls of Fire on Sunday, July 9.

In an Extreme Rules Fatal 5-Way Match, it’s every Superstar for himself — no friends and no rules. But an early alliance between Joe and Bray Wyatt set the tone of Sunday night’s showdown. They took Roman Reigns out of the picture with the steel steps. Then, they dented a steel chair over Finn Bálor. They even DDT’d Seth Rollins on the steps.

The sinister partnership ensured they would stay in control at every turn. When The Big Dog had Wyatt set up for a Superman Punch, Joe pulled The Eater of Worlds to the outside, saving him from certain destruction. With a championship opportunity on the line, though, the alliance couldn’t last for long.

As Rollins dove toward Wyatt and Joe on the outside, The Eater of Worlds moved to the side and pushed his ally into the collision. Wyatt seized the opening to drop The Kingslayer with Sister Abigail, but Joe rushed back to break up the pinfall.

The match truly lived up to its Extreme Rules stipulation when Reigns Speared both Joe and Bálor through the barricade and Rollins Frog Splashed Wyatt through the announce table.

With three competitors reeling on the outside, Reigns and Rollins brawled inside the ring, hitting each other with their signature moves and coming inches away from a title showdown against Lesnar.

Wyatt battled his way back into the fray, but was sent to the outside with a Spear from Reigns. The Big Dog followed that attack by drilling The Architect with a Superman Punch. Bálor then dodged Reigns’ Spear attempt and capitalized with the Coup de Grace. Before Bálor could attempt the pinfall, though, Samoa Joe returned to the ring and locked in a vicious Coquina Clutch, squeezing the life out of the first Universal Champion.

With Bálor unresponsive, the official called for the bell, setting up a dream showdown between Samoa Joe and Universal Champion Brock Lesnar at WWE Great Balls of Fire.

We’re HustleTweeting about WWE Extreme Rules, and you’re more than welcome to join the conversation on the Hustle Twitter HERE and also on our hyper-interactive Facebook page HERE! 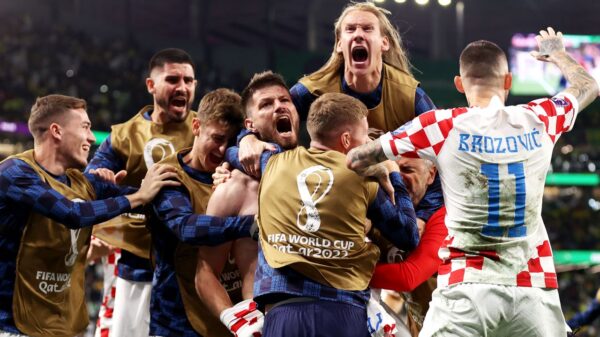