Samoa Joe Snaps During His Split-Screen Interview with Brock Lesnar 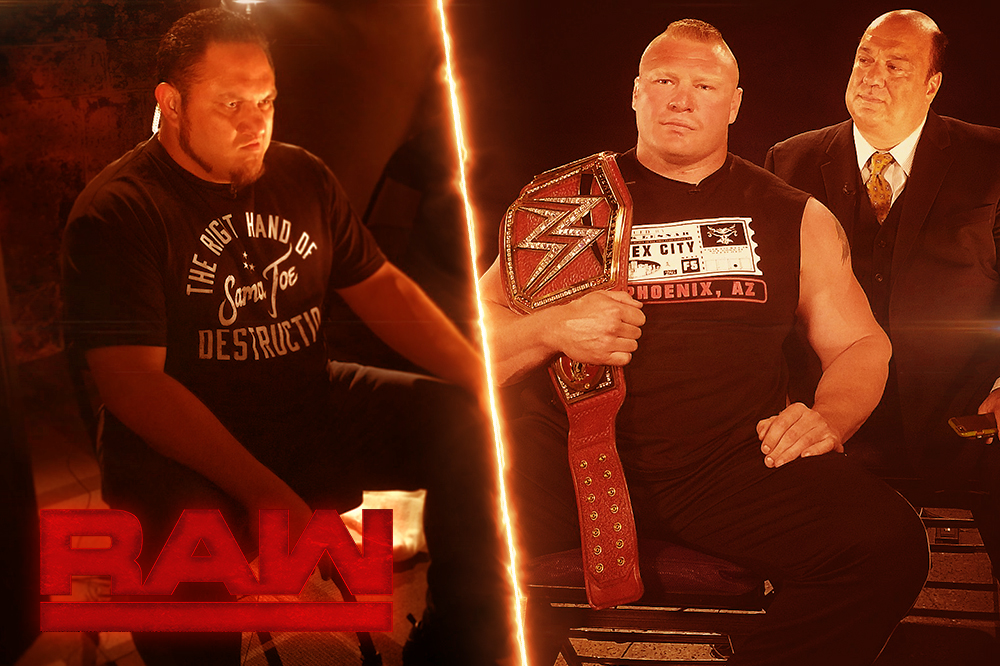 WWE’s Universal Champion Brock Lesnar caused Samoa Joe to go on a backstage rampage as the two prepare to wage war in their first-ever match this Sunday at WWE Great Balls of Fire.

Samoa Joe has never been one for talking, so it was only a matter of time before a split-screen interview with Brock Lesnar led to The Samoan Submission Machine hunting the Universal Champion throughout the arena. The Beast Incarnate riled Joe up to the point of a frothing rage by laughing off the bona fides of his No. 1 contender, and it took a small army of WWE security to restrain Joe when he finally found Brock.

Of course, this Sunday at the first-ever WWE Great Balls of Fire pay-per-view event, there’ll be no such barricade to stop him, and The Beast Incarnate might not be laughing for long.

We’re HustleTweeting about Brock Lesnar vs Samoa Joe, and you’re more than welcome to join the conversation on the Hustle Twitter HERE and also on our hyper-interactive Facebook page HERE!