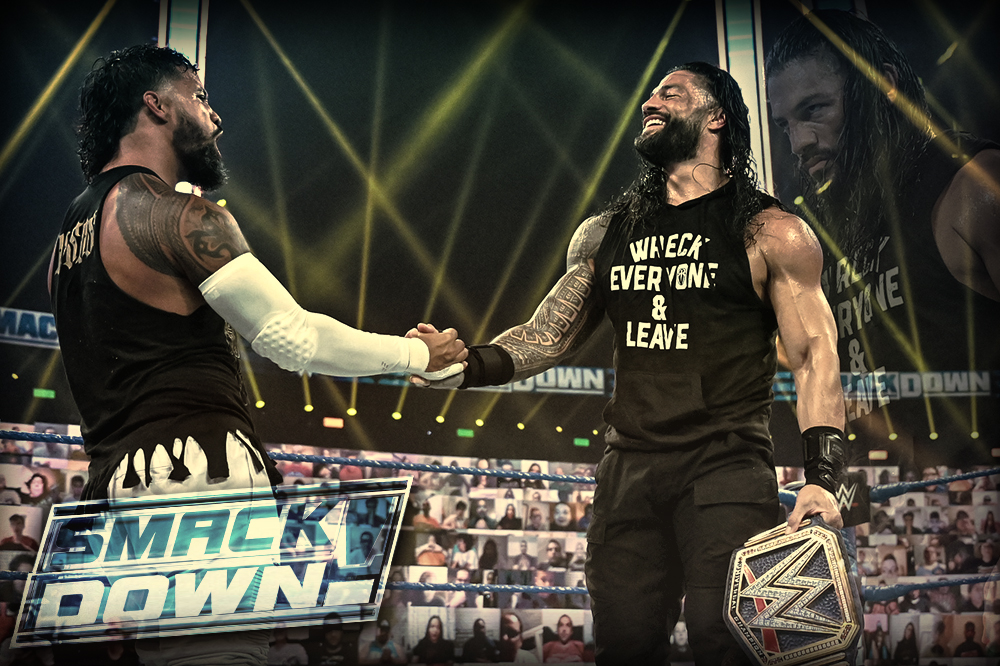 Universal Champion Roman Reigns (along with his Special Counsel, our boss Paul Heyman) and his cousin (and number one contender for the Universal Title) Jey Uso scored a victory over Sheamus and King Corbin in the main event of WWE Friday Night Smackdown on FOX, which was contested under Samoan Street Fight rules.

Before the match, The Tribal Chief had plenty to say, but chose very few words to do so. Our HustleTweeters, of course, also have plenty to say, and you’re more than welcome to join the conversation on the Hustle Twitter HERE … on our ridiculously sensational Instagram HERE … or on our Facebook page HERE!