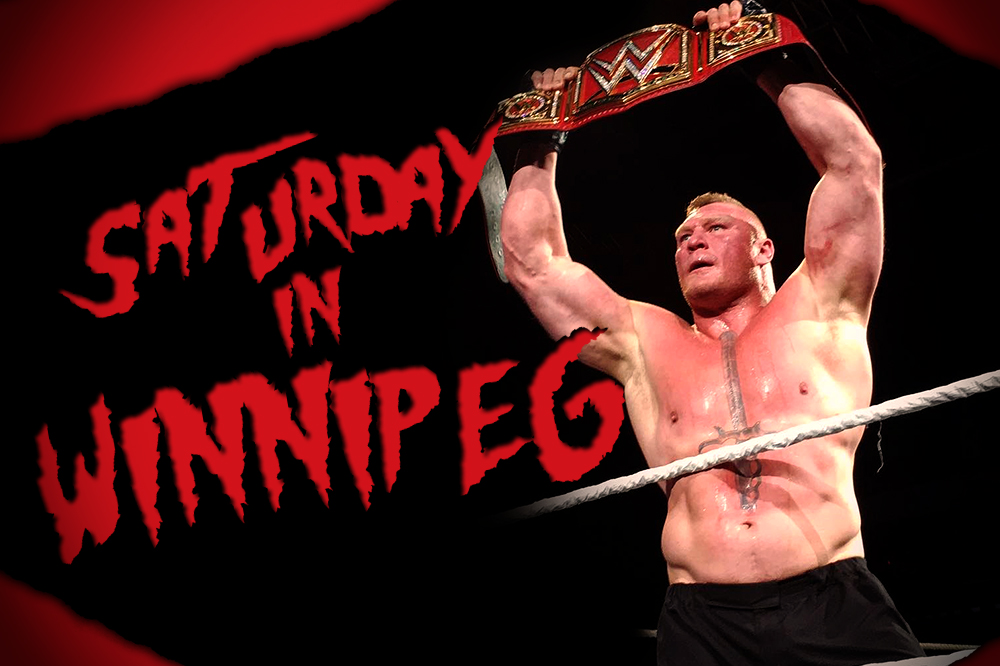 WWE’s Universal Champion Brock Lesnar defended his title against Sheamus in Winnipeg, Manitoba, Canada, taking the Irishman to Suplex City and pinning him after an F5. With his Advocate, our boss Paul Heyman cheering him on, Brock then hit Sheamus’ tag team partner Cesaro with an F5 for good measure.

We’re HustleTweeting about WWE’s Universal Champion Brock Lesnar, and you’re more than welcome to join the conversation on the Hustle Twitter HERE and also on our hyper-interactive Facebook page HERE!